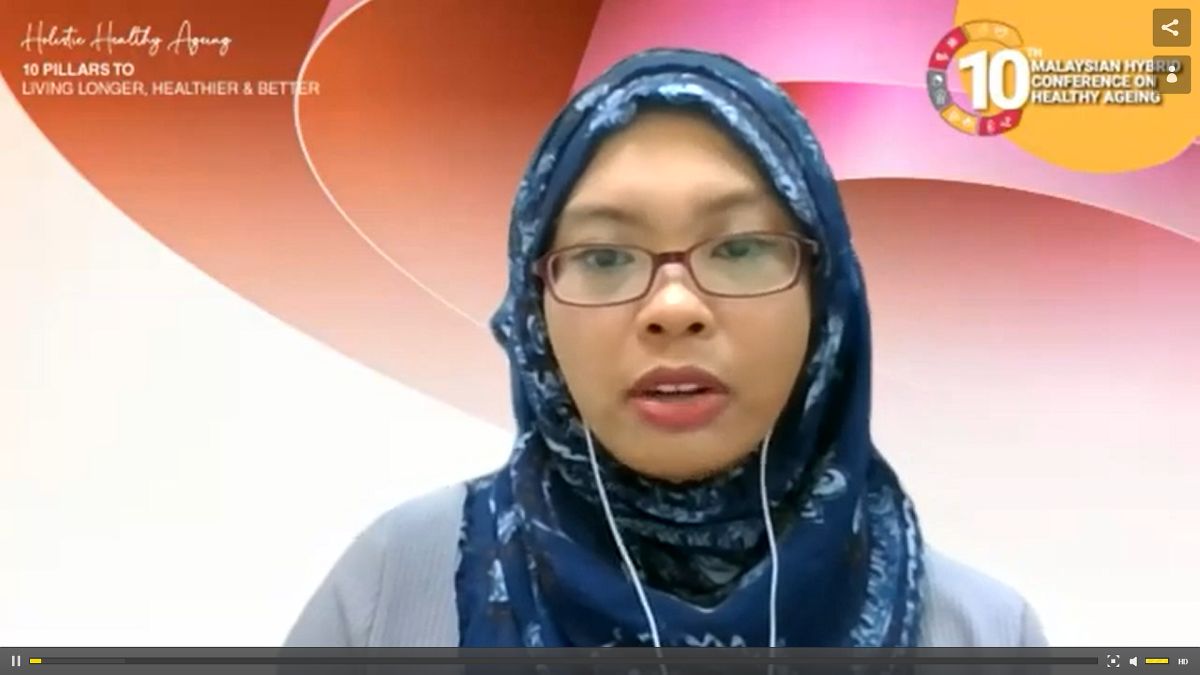 There has been consistent evidence to demonstrate that parental mental disorder affects almost every aspect of child development, she said during her presentation on “Intergenerational Mental Health Issues – A Parenting Guide” at the 10th Hybrid Conference on Health Ageing last month.

“Because they (children) experience this on a day-to-day basis, it is quite traumatising and it will impact them into adulthood.”

Mental health disorders can range from milder forms such as general anxiety disorder and major depressive disorders, to more severe types of illnesses including bipolar disorder, schizophrenia and delusional types of disorders with psychosis.

The World Health Organization (WHO) estimated that the overall prevalence rate of depressive disorders among children and adults generally vary between 10 and 20 per cent.

The figures fluctuate depending on cultural situations, said Dr Anne. “In some cultures they brush it aside, not really thinking it’s a mental health disorder. They think it’s just a phase or the person is experiencing loneliness, as opposed to it being a disorder that needs to be addressed with treatment and support.”

Half of mental health illnesses begin by the age of 14 and three-quarters by mid-20s. Consequences of mental health severely influence children’s development, education and potential to live fulfilling and productive lives.

According to WHO, depression, anxiety and behavioural disorders are among the leading causes of illness and disability among adolescents. One in seven 10 to 19-year-olds globally experience a mental disorder, accounting for 13 per cent of the global burden of disease in this age group.

While for Malaysian adults aged 18 and above, the national prevalence of depression is 2.3 per cent, which accounts for about half a million people.

It is also slightly higher among women (2.6 per cent) than men (2 per cent), and more prevalent among single Malaysians (3.2 per cent), compared to divorced or widowed individuals (2 per cent), or those who are married (1.8 per cent).

Depression affects 16.5 per cent of Malaysian older adults and it is higher in women (56.6 per cent) than in men (43.4 per cent), according to a 2016 study in the International Journal of Gerontology.

As society has changed over time, so have family dynamics and the awareness and understanding of mental health.

“For example, during our grandparents’ time, the way they dealt with mental health in the family was different from today. At that time, mental health awareness was pretty low. It was the same during our parents’ time and it’s getting better now in our time,” she said.

“The next generation will have more awareness and better understand how it affects the ageing population.”

Older adults are susceptible to neurodegenerative diseases like Alzheimer’s and dementia, which can cause anxiety and lead to depression. In many cases, they are also stubborn about seeking treatment.

“The elderly tend to have strong opinions about not wanting to get medicine or be treated,” said Dr Anne. “It’s very difficult to get them to seek help.”

It is their adult children as the main caregiver who will suffer the consequences. An individual taking care of a sick parent will also likely come into conflict with their spouse.

“Because the focus is on taking care of the grandparent, other members of the family may be neglected at one point or another.”

Children who observe and experience not only their grandparents’ illnesses, but also conflict between their parents, will endure emotional and psychological agony.

“They could become traumatised by what they are seeing. Their grandparents are going through something that they don’t understand and their parents are fighting about it,” said Dr Anne.

“The children are in a state of confusion. They’re not sure if it’s normal. And it may not be normal but for them, it’s happening on a daily basis.”

She has a counselling client who was scared of her grandfather. “She didn’t understand why he was so aggressive. At one point, she said he was just throwing things at her mother, who would break down and cry.”

However, the family did not want to send the grandfather to a nursing home as they couldn’t afford it and there weren’t any nursing homes that could take him in.

“So, the fact that it could cost quite a bit is also a hindrance in sending their grandfather for treatment and management in a nursing home.”

Adults with elderly parents who suffer from mental health disorders can help them by providing emotional support and getting them the treatment they need, said Dr Anne.

Nursing care is an option, depending on the severity of the condition, as well as counselling and therapy, which may involve treatments with drugs or without.

Communicating With The Kids Is Key

Dr Anne maintained that as parents, adults need to communicate with their children and explain what is happening.

She said that it took a lot of time for her patient to understand the situation, which involved extensive discussions with her mother.

“Right now, they are handling it the best that they can, but at least she is more aware of what is going on and why her grandfather is acting that way.”

Children with grandparents suffering from mental health disorders should be made to understand that their grandparents’ behaviour when ill do not reflect who they really are.

She said parents need to explain to their children that their grandparents are going through a condition.

“This way, children can understand the high and lows their grandparents are experiencing and develop a sense of empathy towards them.”