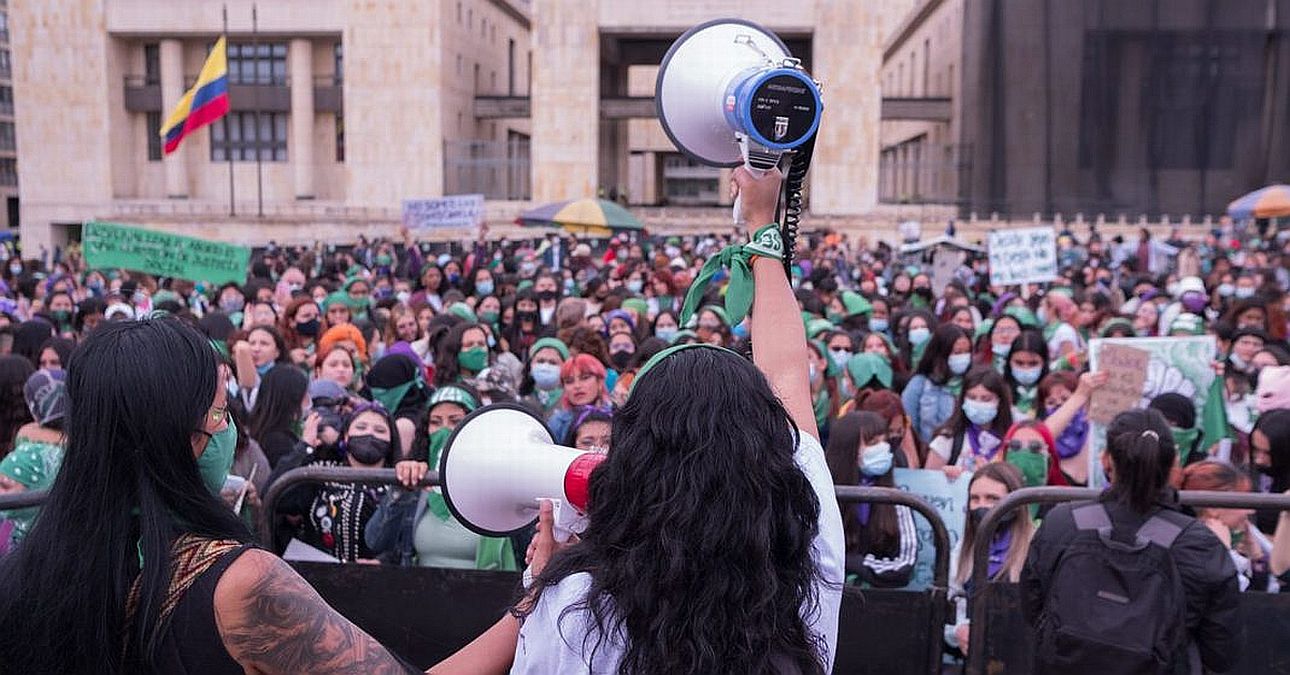 Activists addressing a crowd at a rally. Photo from Center for Reproductive Rights website.

BOGOTA, COLOMBIA, Feb 22 – In a decision hailed as a victory for abortion rights advocates, Colombia’s constitutional court has voted to legalise abortion until the 24th week of pregnancy, Reuters reports.

Prior to the ruling, Colombia only permitted the procedure when a woman’s life was under threat, in situations involving rape or incest, or if the foetus had malformations that render it nonviable.

Colombian women will now have access to abortions without any fear of prosecution until they reach the 24th week of gestation. After that period, abortions will only be allowed according to the three stated original provisions.

The new ruling is the result of a lawsuit that was filed in September 2020 by a movement called Causa Justa, which sued to have the procedure removed from the penal code.

Causa Justa is made up of 90 organisations and 134 advocates.

The ruling comes on the heels of similar decisions made in Mexico and Argentina to decriminalise or legalise abortion over the last 14 months.

According to the coalition in its suit, prosecution not only exacerbates the stigma of abortion for women and girls who sought and obtained them, but it also cultivates fear among doctors, even in situations where the procedure adhered to the three legal conditions that allowed for it.

Causa Justa estimates that around 350 women, including at least 80 girls under the age of 18, were convicted or sanctioned for abortions from the period of the original ruling in 2006 to mid-2019.

The coalition maintains that decriminalisation will reduce the fatality rate from illicit and dangerous procedures, ease the financial burden of the country’s under funded health system, bring to a halt costly prosecutions, and affirm women’s rights to bodily autonomy.

In a statement, the Center for Reproductive Rights’s Senior Regional Director for Latin America and The Caribbean, said: “We celebrate the court’s decision to recognise the right to autonomy, and the right to decide for women, adolescents and girls during the early stages of pregnancy.”

“However, we regret that the court has not taken a step towards eliminating the crime considering that it is the crime itself that continues to create barriers and stigma to access. We will continue to make this a reality one day in Colombia,” she added.