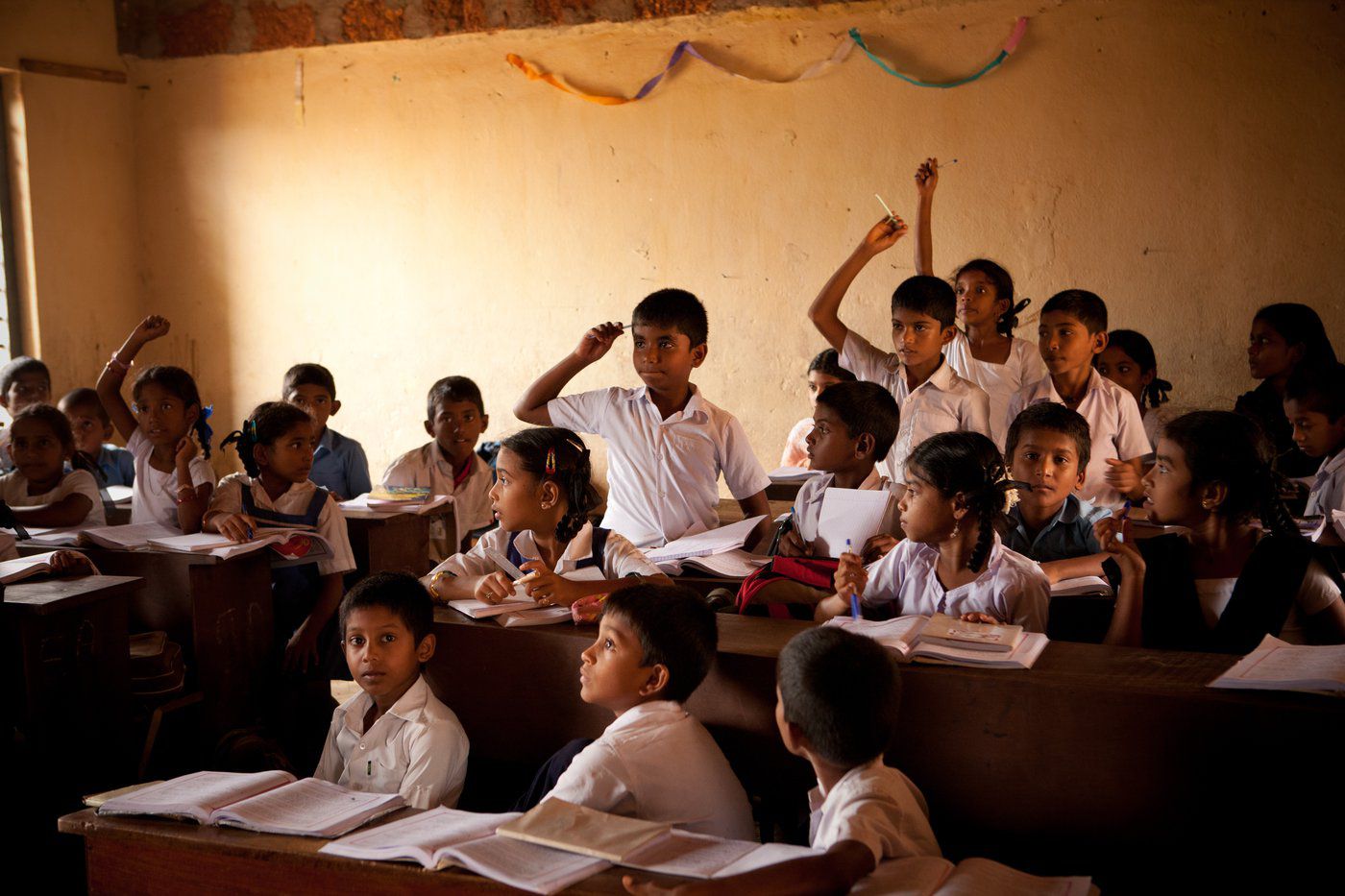 PILANI, August 16 – All government schools in the Indian state of Gujarat have begun mandatorily teaching English to six-year-olds at the start of primary school, from June.

“We are doing this so that students start learning the language at an early stage and don’t face problems in the future,” said Gujarat’s education minister.

The policy is based on two assumptions: English is unavoidable in children’s future and the earlier it’s taught, the more prepared they will be. Several other Indian states — Telangana and Andhra Pradesh, for example — are taking the policy even further. All schooling will be in English.

But an English-only education is not a viable solution in India as it’s neither desirable for children, nor doable — it diminishes benefits from learning in their own languages and teaching resources are already thin.

A multilingual or bilingual nationally enforced education policy could instead adapt the best of both worlds for future generations, despite some push from parents for an all-English education.

Children who are discouraged from using any language other than English in schools grow up either ignorant of or disdainful towards their home languages. Mother tongue education provides many benefits to children.

It helps with the development of their cognitive and academic skills, builds creativity as well as pride and self-esteem.

There is currently an acute shortage of teachers across the country, let alone those who are trained in teaching English.

Teachers who use little or no English outside of classrooms will find it hard to transfer complex concepts to students in English.

The result is likely to be a return to rote learning, or memorising and repetition. India’s poorly resourced education system, with “a deficit of over 1 million teachers”, adds yet another layer of inequality — those privileged with English skills, and those who are not.

Gandhi, originally from Gujarat, wanted English to be available as “a second, optional language, not in the school but in the university course”.

A century earlier, Macaulay’s Minute on Indian Education (1835) also emphasised that English education was not meant to be the language of schooling.

The Indian Constitution lays a similar emphasis on mother tongue education, saying  “every local authority within the State [needs] to provide adequate facilities for instruction[s] in the mother-tongue at the primary stage of education to children,” according to Article 350A.

There are also strong frameworks for multilingualism in India, including the Universal Declaration of Human Rights (1948), UNESCO’s monograph The Use of Vernacular Languages in Education (1953), the Child Rights Convention (1992), and the Declaration of the Rights of Indigenous Peoples (2007), which have all been ratified by the government.

However, a great deal of material to support these policies still needs to be developed.

The national education policy recommends setting up an “Indian Institute of Translation and Interpretation”, which will be attractive to those who have access to such high quality services, such as the private-school system and for-profit educational start-ups.

But the bilingual material will need to be both ‘from-below’ (school textbooks and supplementary material for students) as well as ‘from-above’ (teacher training material and university-level material) to be accessible for all.

In a country with multiple inequalities, it is not surprising there are linguistic hierarchies. In the global hierarchy of languages, English is at the top, mirrored at the national level with Hindi in India.

In the 2011 Indian Census, more than 50 distinct “mother tongues” (several with more than a million native speakers) are clubbed under “Hindi”.

A functioning democracy is unsustainable without the participation of all citizens as equals. But an equitable dialogue is not possible when a few languages are elevated and all others devalued.

Moving forward, actions will depend on the strategies states develop in alignment with the national education policy.

Converting the entire education system to English yields short-term political gains; but is not in the interest of a nation that believes in swaraj, or self-rule.

As India celebrates 75 years of independence this August, a reminder from Gandhi: “To get rid of the infatuation for English is one of the essentials of swaraj”.

T. Vijay Kumar is a visiting professor and teaches post-colonial literatures in English at the Birla Institute of Technology and Science, Pilani (BITS Pilani). A. Giridhar Rao teaches courses on language and literature pedagogy, Esperanto, and science fiction at Azim Premji University, India.