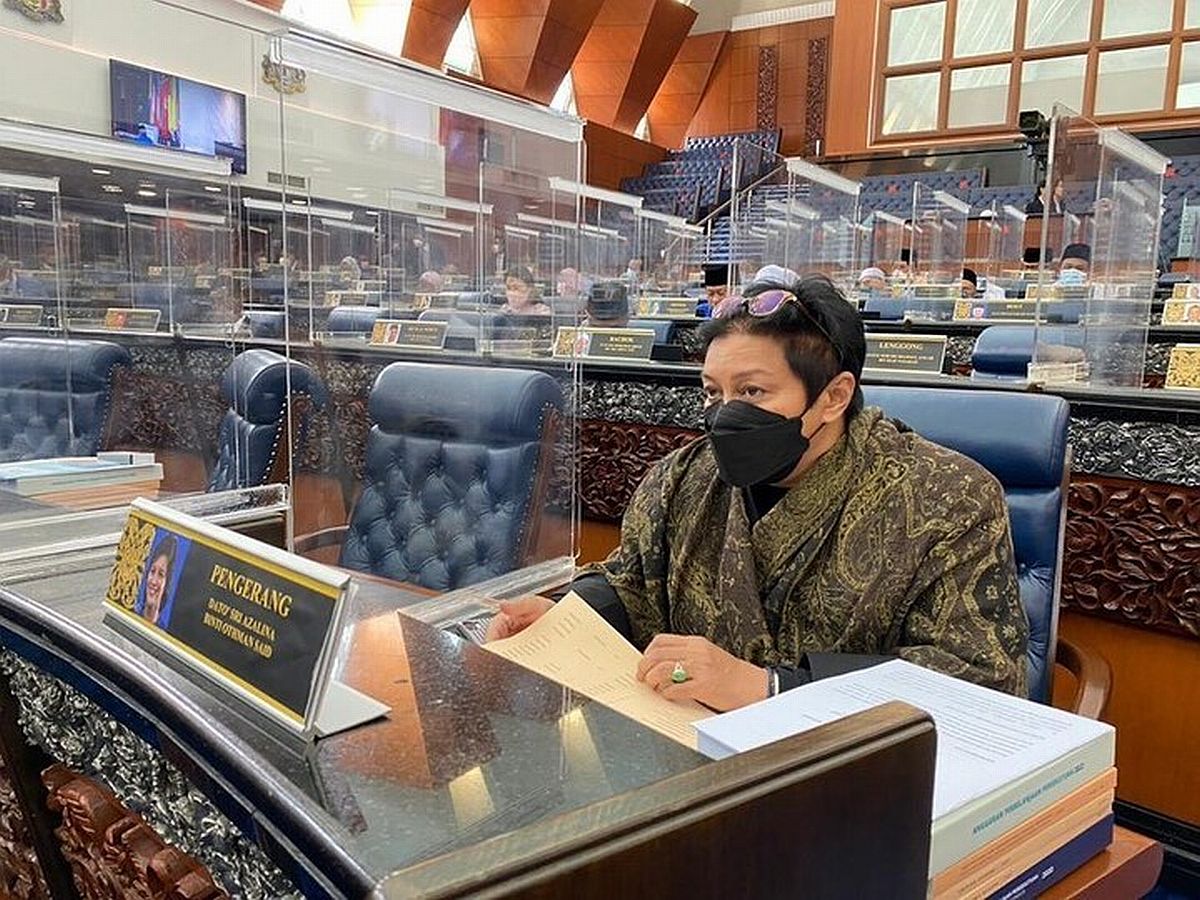 The Pengerang MP, who chairs the parliamentary special select committee (PSSC), however expressed doubt that a private member’s bill would be able to be debated and passed into law, without an independent, impartial, and “well-supported” Parliament.

In Malaysia, conventionally, only government bills are listed on Parliament’s order paper, while legislations proposed by individual MPs are rarely debated.

“Members of Parliament, we reached a historical unanimous vote for a constitutional amendment to support the passing of the anti-party hopping law,” Azalina said in a statement today.

“If and when a bill is presented to us to make a minor amendment to the constitution to allow for both fathers AND mothers to confer citizenship to their children, I trust that we can unanimously agree to do the same.

“Just as party hopping is unjust and unethical, so is leaving thousands of children stateless and in limbo. Imposing and prolonging unnecessary suffering to families and children taints the spirit of ‘Keluarga Malaysia’.”

Family Frontiers and six Malaysian mothers filed an appeal at the Federal Court last Saturday against the Court of Appeal’s ruling that overturned the High Court’s 2021 landmark decision to allow Malaysian mothers, like Malaysian fathers, to confer citizenship to their children born overseas.

Malaysiakini reported the majority Court of Appeal 2-1 judgment, written by Justice Kamaludin Md Said, as saying that the Federal Constitution was clear in providing only Malaysian fathers the right to confer citizenship by operation of law to children born outside Malaysia, citing Article 14(1)(b) of the Constitution and Section 1(b) of Part II of the Second Schedule of the Federal Constitution.

Although the majority ruling acknowledged the grievances faced by Malaysian mothers of overseas-born children, Kamaludin said it was not the judiciary’s role to alter the historical and philosophical context, or the fundamental underlying principles of the Constitution, but to “interpret the enacted law accordingly”.

Azalina, however, criticised the failure by the executive, judiciary, and legislature to recognise such children as Malaysians.

“The fact is all three branches are capable of doing what is right for these children. The judiciary had exercised judicial activism in the High Court decision, as well as in the dissenting judgement of Justice Nantha Balan,” she said, referring to the minority Court of Appeal ruling.

Azalina also pointed out that Malaysia has the second highest regional rate of women migrating at 57 per cent, second only to Thailand and above the global average of 48 per cent.

Some 1.86 million Malaysian women are currently living overseas, citing reasons for citizenship issues as one of the main factors deterring their return to Malaysia. This figure represents 12 per cent of Malaysia’s total female population.

“The issue of citizenship is not a mere issue of gender inequality. Sexist nationality laws lead to other human rights violations,” said the Umno lawmaker.

“Women and children have been reportedly trapped in abusive marriages when their or their children’s citizenship is dependent on their spouse. Such laws also make it difficult for a mother to claim child custody or gain access to her children if her marriage ends in separation or divorce.

“Underaged girls are at greater risk of forced marriages as families may view this as a way to gain legal status. Such laws separate families and impose restrictions on freedom of movement, which has been repeatedly reported, especially during the Covid-19 pandemic travel restrictions.”

“In 2018, the Committee on the Elimination of Discrimination against Women made recommendations to Malaysia that all provision of the Federal Constitution that denies women equal rights in respect to the transmission of their nationality should be amended immediately. However, in our response to the UN report three years later, we failed to address the recommendation.”

She also explained that the legal norm of enabling only men to confer citizenship to their children was rooted in patriarchy that linked the acquisition of a woman’s legal status to her relationship to a man – first her father, then her husband.

“Such rationale for the principle of dependent nationality stems from two assumptions: first, that all members of a family should have the same nationality and, secondly, that important decisions affecting the family would be made by the husband,” Azalina wrote.

“These assumptions were linked to the idea of citizenship, which relates to a person’s public identity: the relationship between an individual and the State. In many States, the assumption that a married woman’s primary location is in the private sphere, within the home, and under the protection of her husband, has prevailed.

“Thus, her need for a separate public identity and legal relationship with a State was not taken into account.”

Azalina highlighted the successes of the Malaysian women’s rights movement, such as the ratification of Cedaw in 1995, the 2001 amendment of the Federal Constitution to recognise gender equality, and the recent passage of the Anti-Sexual Harassment Act 2022 as well as the tabling of the Anti-Stalking Bill in Parliament earlier this month.

“The current uphill battle for equality of citizenship is another fight we must endure as another step towards a universal standard of morality and humanity.”

She stressed that “laws cannot be static nor cast in stone.”

“The setup of all three branches of government is exactly designed to counter such issues – to interpret and review any law that no longer serves its purpose and is harmful to the people. The fact is our law-making process must come from the government as owners of any constitutional amendment.”

Should Azalina table a private member’s bill to amend the Constitution for women’s right to confer citizenship to their children born abroad, or should the government take up the constitutional amendment as a government bill, there is likely to be only limited time to pass the amendment in the next Dewan Rakyat meeting that was pushed forward to October 3.

The tabling of Budget 2023 has been brought forward to October 7, with the dissolution of Parliament and the 15th general election expected to be held soon after.