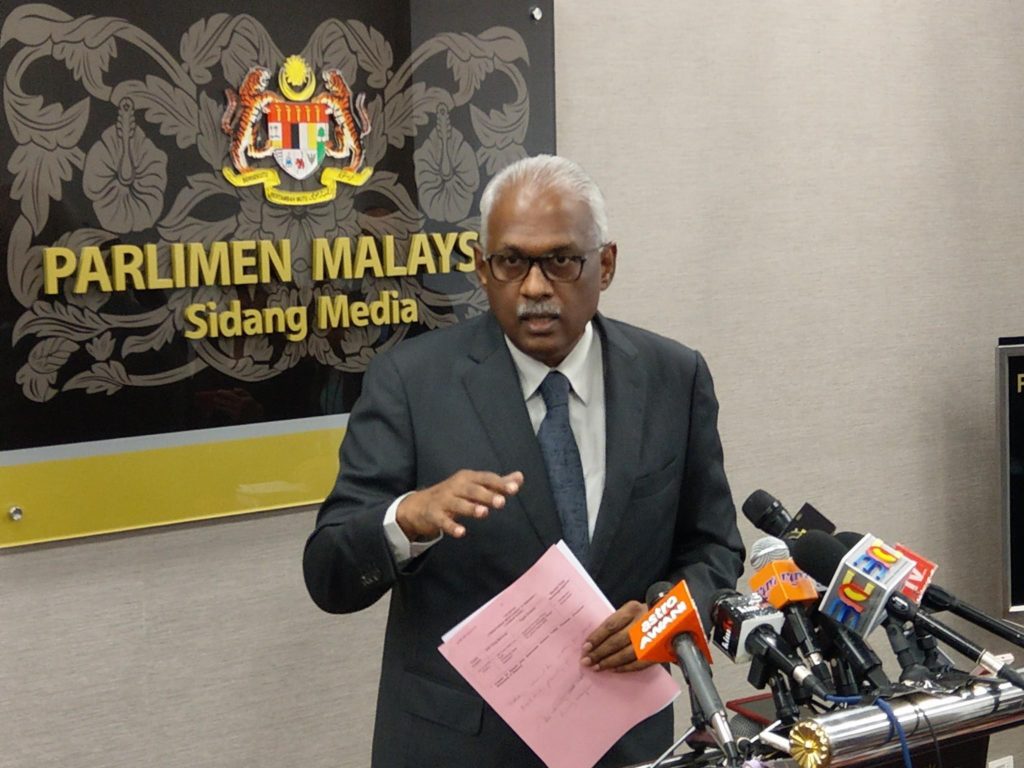 KUALA LUMPUR, August 22 – Klang MP Charles Santiago today highlighted the impact of price increases among low-income people that he said has expanded to 60 per cent of the Malaysian population.

The bottom 60 per cent (B60), or the “New Poor”, said the DAP lawmaker, is disproportionately impacted by the rising cost of living compared to higher-income people as the poor spend about 25 per cent of their monthly income on food, compared to 12.6 per cent by the rich.

He said about six of 10 Malaysian households now earn below RM4,850 a month.

“Big corporations are minting profits by the billions, whereas the ‘new poor’ (B60) are struggling to put food on the table,” Charles wrote on Twitter.

“So, what’s the next best option for them? It’s resorting to cheap but unhealthy food supplies such as instant noodles. Children are fed carbohydrates as a way of keeping their stomachs full.

“And unhealthy food leads to malnutrition among children, and they become early candidates for diabetes and other diseases,” added the lawmaker from Selangor, the country’s most industrialised state, citing Unicef’s research.

Philip Alston, the United Nations special rapporteur on extreme poverty and human rights, previously said in August 2019 during a mission to Malaysia that one in five Malaysian children aged under five years old are stunted, higher than countries with similar gross domestic product (GDP).

Unicef’s “State of the World’s Children 2019: Children, Food and Nutrition” report described a typical meal for poor children from low-cost flats in Kuala Lumpur as consisting of fried eggs, rice, and soy sauce. Malnutrition rates in poor urban areas in Malaysia tend to be higher than the national average.

Charles urged the federal government to provide cash transfers to address poor diets among the B60, citing the Selangor state government’s Bingkas programme to address the food burden of low-income earners.

Under Bingkas, single mothers and households earning below RM3,000 a month with children below 18 years of age receive RM300 monthly cash assistance to purchase groceries or anything else that they need.

“The government could also consider a targeted breakfast scheme to overcome stunted growth and malnourishment among schoolchildren,” Charles said.

He urged Prime Minister Ismail Sabri Yaakob, who recently completed his first year in office, to encourage domestic food security by using “waqaf” land for agricultural production and to eliminate middlemen and monopolies.

“In short, the government must make agriculture ‘sexy’ again, especially to the young,” Charles said.

“I understand this is a bit more complicated as SMEs (small and medium enterprises) in the food production sectors face difficulty producing at previous price levels due to global supply chain shortages, lack of workers and a weaker currency resulting in business closure or reduced production for the market.

“To mitigate the short labour supply, the government should consider the employment of refugees, prison labour and documenting existing undocumented workers.”