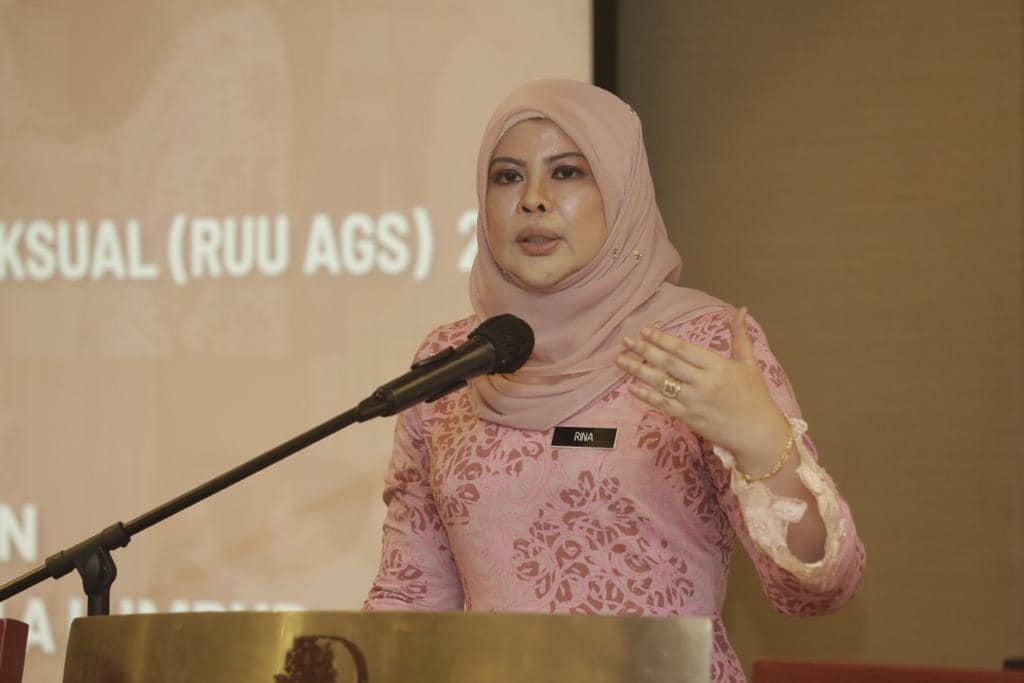 KUALA LUMPUR, July 26 – The number of child marriages in Malaysia has decreased by almost 40 per cent over a two-year period, said Women, Family, and Community Development Minister Rina Harun.

Citing figures from the Department of Statistics, Rina said that in 2020, 1,124 children were involved in child marriages. “This figure shows a decrease of 39.4 per cent compared to 1,856 children in 2018.”

The highest number of marriages occurred among children in the 15 to 17 year old age group, for both girls and boys.

For non-Muslim children, the number of marriages recorded were 314, with 293 girls and 21 boys.

For the same year, the state with the highest number of Muslim child marriages was Sabah, involving 334 children. This is followed by Pahang with 177 children, and Johor with 167 children.

Pahang is the state with the highest number of non-Muslim children married at 102 children. Sarawak has the second highest number with 55 children, followed by Johor and Perak with 35 children.

For non-Muslims, the number of children married were 86, with 85 of them girls and one boy.

For the same year, Sabah was the state with the highest number of Muslim children involved in child marriages at 190 children, followed by Pahang with 160 children and Perak with 143 children.

Sarawak had the highest number of non-Muslim married children at 19 children, followed by Johor with 16 and Selangor with 12.

Rina provided the figures in response to Batu Kawan MP Kasthuri Patto, who asked about the number of children who have been married since 2018, including the breakdown of girls and boys involved.

Kasthuri also wanted to know if the government will work towards banning child marriages, and if so, what measures it will take to achieve this goal.

Rina responded that her ministry was committed to implementing and monitoring the progress of programmes and actions under the National Strategy Plan in Handling the Causes of Child Marriage.

“However, the implementation of the plan requires a holistic approach, not just through legislative changes, but also education, advocacy, and the strengthening of family institutions and socioeconomic support,” she said.