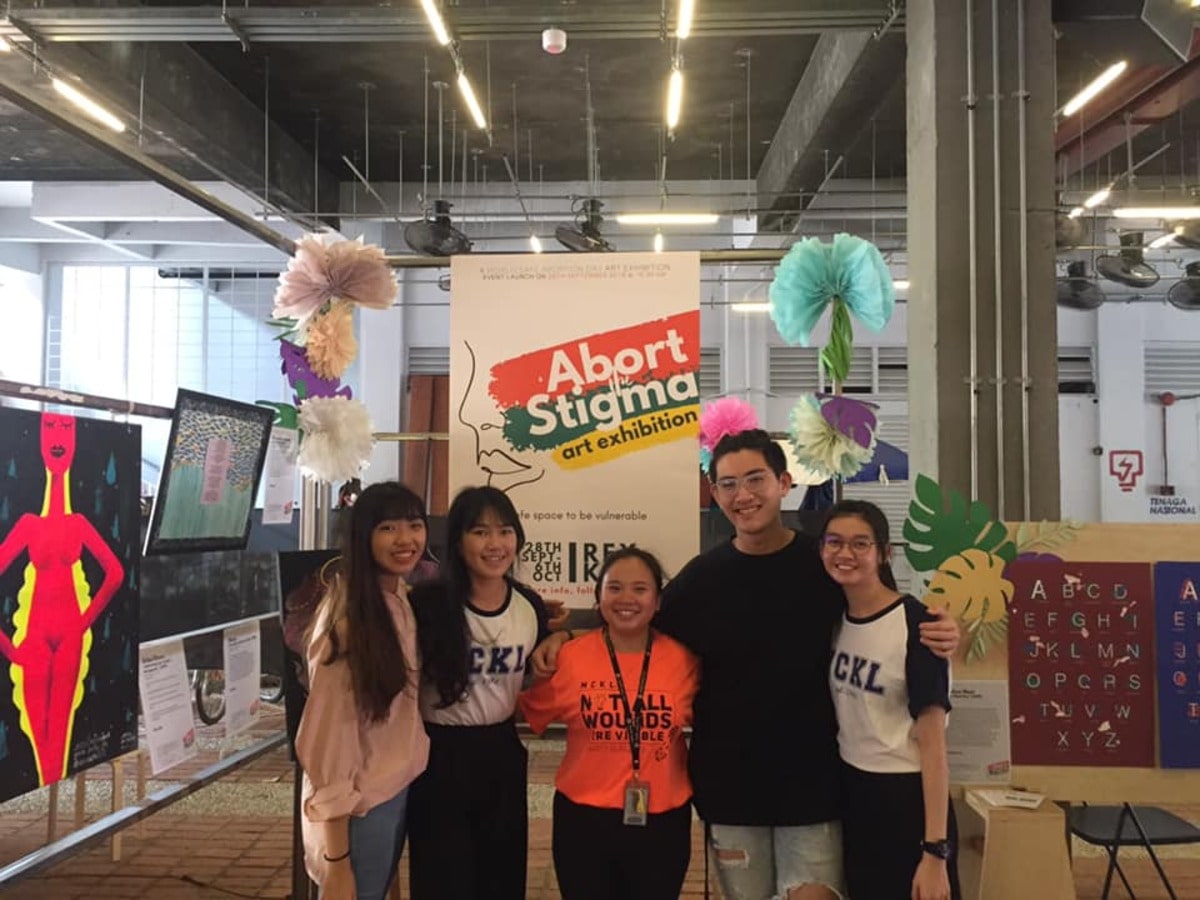 KUALA LUMPUR, March 21 – Last month, a 15-year-old girl in Kemaman, Terengganu, was charged with the murder of the infant she had just conceived from statutory rape.

Viewed against the larger backdrop of systemic failure, the girl’s case illustrates the tremendous and tragic repercussions of neglecting the rights, needs, and welfare of individuals from marginalised and vulnerable backgrounds.

The catastrophic fallout that befell the adolescent, whose future is now in jeopardy, was precipitated by events that could have been prevented with support from her community and larger society, and through access to information and resources that enable her safety and protection.

The rights of children and adolescents to access contraceptive information, as well as sexual and reproductive health services, are recognised by international conventions such as the Convention on the Elimination of all Forms of Discrimination Against Women (CEDAW) and the Convention of the Rights of the Child.

According to the United Nations Population Fund, millions of girls are coerced into unwanted sex or marriage, putting them at risk of unwanted pregnancies, unsafe abortions, sexually transmitted infections (STIs) and dangerous childbirth.

Dr Choong Sim-Poey, founder member and hotline coordinator of the Reproductive Rights Advocacy Alliance Malaysia (RRAAM), told Ova that while there are many factors that could lead to cases of infanticide, lack of knowledge due to poor sex education in Malaysia and a hypocritical attitude to discussing teen sex are important contributing factors.

This sentiment is echoed by Dr John Teo, an obstetrician and gynaecologist based in Sabah. “It’s very difficult to comment on a specific case without knowing the details. However, in general, access to contraception and abortion as part of comprehensive sexual and reproductive healthcare affects the rate of unplanned pregnancies and unplanned births,” he told Ova.

According to the World Health Organization (WHO), almost half of all pregnancies every year globally are unintended, necessitating the strengthening of contraceptive services and access to comprehensive abortion care.

A report published by RRAAM in 2020 maintained that in Malaysia, a lack of access to modern contraceptives due to the pandemic is expected to cause up to 15 million unintended pregnancies for disruptions that occur up to 12 months.

The country’s contraceptive prevalence rate (CPR) of 50 per cent is only derived from married women. The CPR refers to the proportion of women of reproductive age (15 to 49) using any method of contraception at any given point in time. There is no data available on unmarried or single women.

“In the issue of marital status and ethnicity, there may be inherent cultural sensitivity, stigmatisation or misconceptions both in women seeking contraception or health care professionals providing such services that result in barriers towards contraceptive access,” said Dr Teo.

“We have received numerous complaints about single women having problems trying to access contraception from government clinics,” Dr Choong told Ova. “In discussing this issue with the Ministry of Health (MOH), their claim is there is no such discriminatory ruling, but clearly this is an attitudinal problem prevailing amongst their staff.”

He added, “anecdotal evidence seems to suggest that the Muslim staff running government clinics tend to be more judgemental towards other Muslims over their sexual conduct, often asking about a client’s marital status when it is not required.”

Many girls and women also avoid using contraceptives to prevent pregnancy due to disinterest and stigma, said doctors interviewed in the RRAAM report. The report, which is based on in-depth interviews conducted at 18 clinics throughout peninsular Malaysia from January 2020 to October 2020, also cites doctors who attributed lack of comprehensive sexuality education as a cause of unintended pregnancies.

Unintended pregnancies manifest not just among adolescents and single women, but also affects women from all sectors of society, regardless of age and socio-economic background – although rates are highest among poor and low-income women.

Studies in the United States have shown that when childbearing occurs without proper planning and preparation, it can have far reaching psychological, medical and socioeconomic consequences for the women, children and families affected.

Unintended pregnancies can cause severe disruption to other life plans, decreased resources for children already born, temporary or permanent lowering of educational and career aspirations, and are a threat to present and future economic security.

The Reasons Women Are Hesitant To Use Contraceptives

However, the report by RRAAM reveals that women in Malaysia are hesitant to use contraceptives for various reasons.

Among married women, the husband’s refusal to consent to contraceptives was one of the main reasons cited by doctors for its low uptake. An anecdotal example was that husbands tend to find the attached string of the IUD uncomfortable during sexual intercourse and would rather forego it despite the risk of pregnancy.

Many women were also averse to contraceptives because they feared side-effects such as permanent infertility, weight gain and other hormonal changes, even though information was given on the various options for birth control.

Doctors also said that women who have had multiple pregnancies do not take them up on their recommendation to use contraceptives, even after they explained that it is a more affordable alternative to abortion.

Mistaken Belief That Abortion Is Illegal Creates Culture Of Fear

Despite the prevailing belief that abortion is illegal in Malaysia, it is permitted under Section 312 of the Penal Code, which allows a medical practitioner to perform the procedure in circumstances when the life of the pregnant woman is in jeopardy or there is a threat of injury to her mental and physical health.

However, the widespread perception that abortion is prohibited has permeated larger society, including in the medical community, with many doctors and nurses uncertain on the grounds for which the procedure is allowed. As a result, abortion services are considered unusual in public clinics and hospitals, although they are available at private health care facilities.

Women who are unable to afford it are denied access to safe abortion services, leaving them with the options to carry the pregnancy to term or pursue dangerous methods for termination that could endanger their lives.

In Malaysia, it is estimated that 100,000 abortions are conducted annually. Based on the RRAAM report, among the reasons disclosed by women seeking to terminate their pregnancy include rape, premarital sex, failure of contraceptive method, a pregnancy following a traumatic C-section, and lack of family planning.

According to RRAAM’s October 2020 report titled “Through the RRAAM Hotline: Perspectives on Abortion in Malaysia,” more than half of hotline callers believe they are asking for an illegal service, and expressed a fear of prosecution by authorities.

The report delves into and provides data on the experiences of women seeking access to abortion services via the RRAAM hotline chat between July 2019 and June 2020. Out of all the women who contacted the hotline, more than half disappeared when asked to provide basic information about themselves and their pregnancy.

“There is a very strong stigma attached to both the women and the doctors providing it (abortion services). For the women, often their reluctance to confide in their friends delays their access to treatment until the pregnancy is too late. The cost of abortion rises steeply beyond 12 to 14 weeks and becomes illegal after 22 weeks,” Dr Choong told Ova.

“For the doctors, many who provide abortion services are reluctant to let this be publicly known. Often it is done clandestinely because ministry officials have been known to harass these doctors even though no successful prosecutions have ever taken place. We have records of such incidents, but no action has been taken against such improper conduct despite our complaints to ministry officials.”

Pills For Medical Abortion Are Prohibited In Malaysia

Forty-two per cent of the women who reached out to the RRAAM hotline expressed a preference for medical abortion, instead of surgical abortion. Mifepristone and misoprostol taken in combination are typically the medications used to bring about abortion medically.

Although WHO has moved mifepristone and misoprostol from the complementary to the core list of medicines for reproductive health, these medications are considered contraband in the country. Mifepristone was never registered in Malaysia, while misoprostol was deregistered and the sale of the medicine disallowed in 2016, a move that many medical professionals in the field of reproductive health maintain is a mistake.

“The World Health Organization and other international bodies produced technical and policy guidelines on comprehensive abortion care whether spontaneous or induced, which includes not only surgical methods but also equally important, medical methods as an alternative,” said Dr Teo.

“Abortion pills form an integral part of sexual and reproductive health care for all women and full access is critical if we are to offer comprehensive, evidence based and safe care to all women.”

Dr Choong said the MOH is under pressure not to approve medical abortion pills.

“Medical abortion using pills is a method over 30 years old and many countries both in the West (UK, USA, Australia, France and Switzerland) and in Asia (China, India, Thailand and Vietnam) have adopted it as a major abortion method for early pregnancies under 10 weeks.

“Our MOH has not given a convincing rationale for banning abortion pills so it is presumed to be a move to discourage easier access to abortions.”

He added, “they have merely given warnings about fake websites selling these pills but at the same time, have refused proposals to address this by making them available to doctors so that they can be safely prescribed under supervision. This is particularly relevant as they could have been used in telemedicine during the Covid lockdown as has been done in several countries.”

The Covid-19 lockdown complicated matters for women with unwanted pregnancies not just by interrupting access to medicine due to postal and supply chain delays and disruptions, it also prevented women from obtaining surgical abortions due to limitations on travelling and the distance allowed.

Dr Choong noted that there was a slight increase in calls to the hotlines during the pandemic followed by a trend towards women seeking help for later pregnancies, possibly due to lockdown.

“During the Covid-19 pandemic, the consequences of movement restrictions, contraceptive supply chain disruption, shifting of many medical services to Covid care and the sidelining of others, including sexual and reproductive health care, led to significant challenges to access contraception for many women,” Dr Teo told Ova.

“The number of unplanned pregnancies should be higher as expected but we do not have hard data on this statistic.”

As long as access to contraception and abortions remains onerous and challenging, the state of women’s sexual and reproductive health in Malaysia will continue to be compromised, with the possibility of more tragic and disturbing consequences, as in the case of the 15-year-old girl charged with murdering her child.

“I do not see how the situation can change much unless the political leadership takes a firm stand on the issue,” said Dr Choong. “The problems we face in promoting contraception and de-stigmatising abortion is where medical care is impacted by culture and religion.”

“Offering non-judgmental, evidence based, sexual and reproductive health care is essential if we are to make available the highest quality care,” Dr Teo told Ova. “All health care professionals offering such services should be trained and sensitised towards the complex needs of clients attending their facilities. Without such training, no meaningful care can take place.”