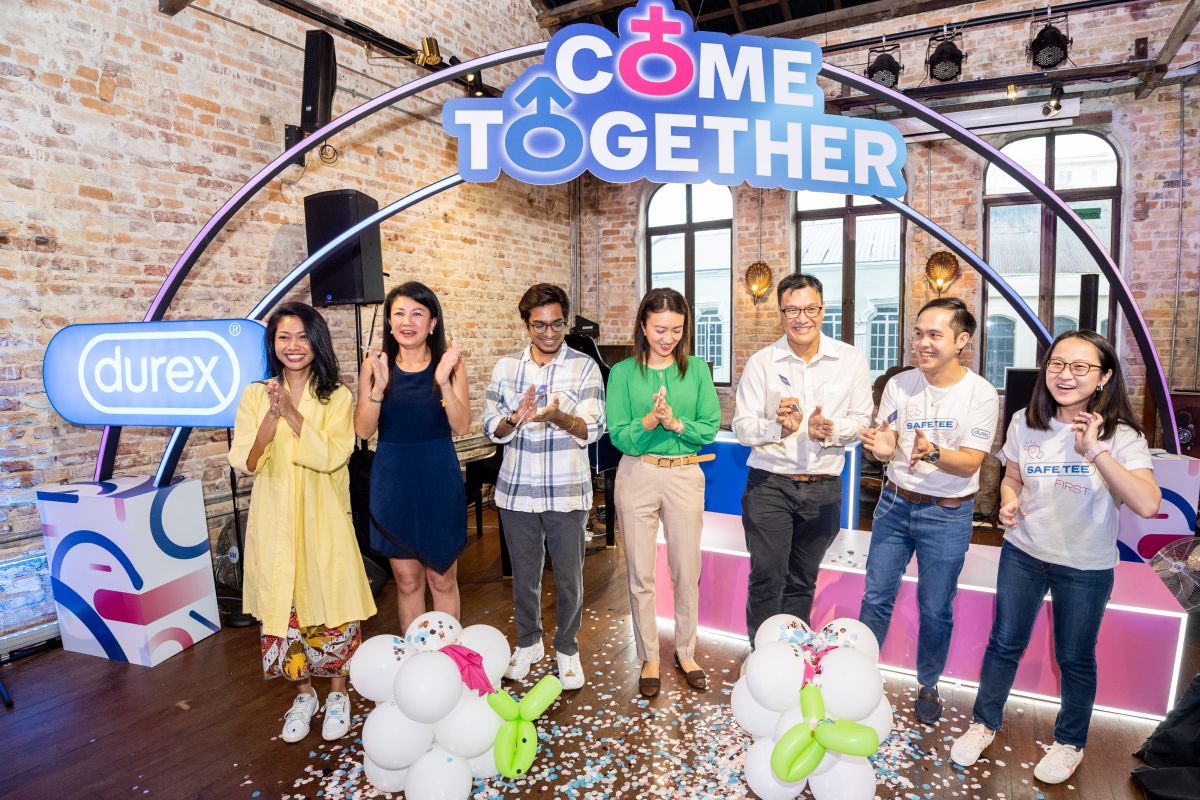 The Durex Survey also found that a large majority of them had their first sexual experience before the age of 22, and misconceptions pertaining to sexually transmitted infections (STIs) and pregnancy are still prevalent.

The results were revealed at the launch of the #COMETOGETHER campaign, which aims to encourage more open conversations around sex.

Based on the insights gained through the Durex Survey, Durex is committed to helping Malaysian youths reduce their sexual knowledge gaps, equip them with accurate information, and guide them in making better and more informed decisions around their sexual activities.

Some of the key findings that were unveiled during the open discussion have shown that:

“Sexual health conversations are crucial to ensure that Malaysian youths are empowered to make informed decisions about their sexuality. The fear tactics implemented in the past no longer work,” said Tiffany Tang, marketing director at Reckitt Benckiser.

“Through the #COMETOGETHER campaign, Durex is providing honest, age-appropriate information and skills necessary to help them take personal responsibility for their health and overall well-being.”

According to Tang, the April 2022 Durex Survey brought to light the levels of understanding in the areas of contraception, STIs, sexual stigma and perceptions. It also covered segments on sexual activities such as sexting and provided an understanding of Malaysian youths’ expectations of sex.

“We are hopeful that through the findings of this survey, more opportunities for open conversations on sex and sexuality can be done to create a safe space for Malaysian youths to share experiences, educate themselves and ask questions. The more informed they are, the more prepared they are to make better choices.”

A panel discussion was held in conjunction with the launch of the #COMETOGETHER campaign.

Each speaker on the panel concluded that with the vast amount of information available to the digital natives of today, it is imperative that greater effort be put into giving youths a more accessible and accurate portrayal of sex, intimacy and safety.