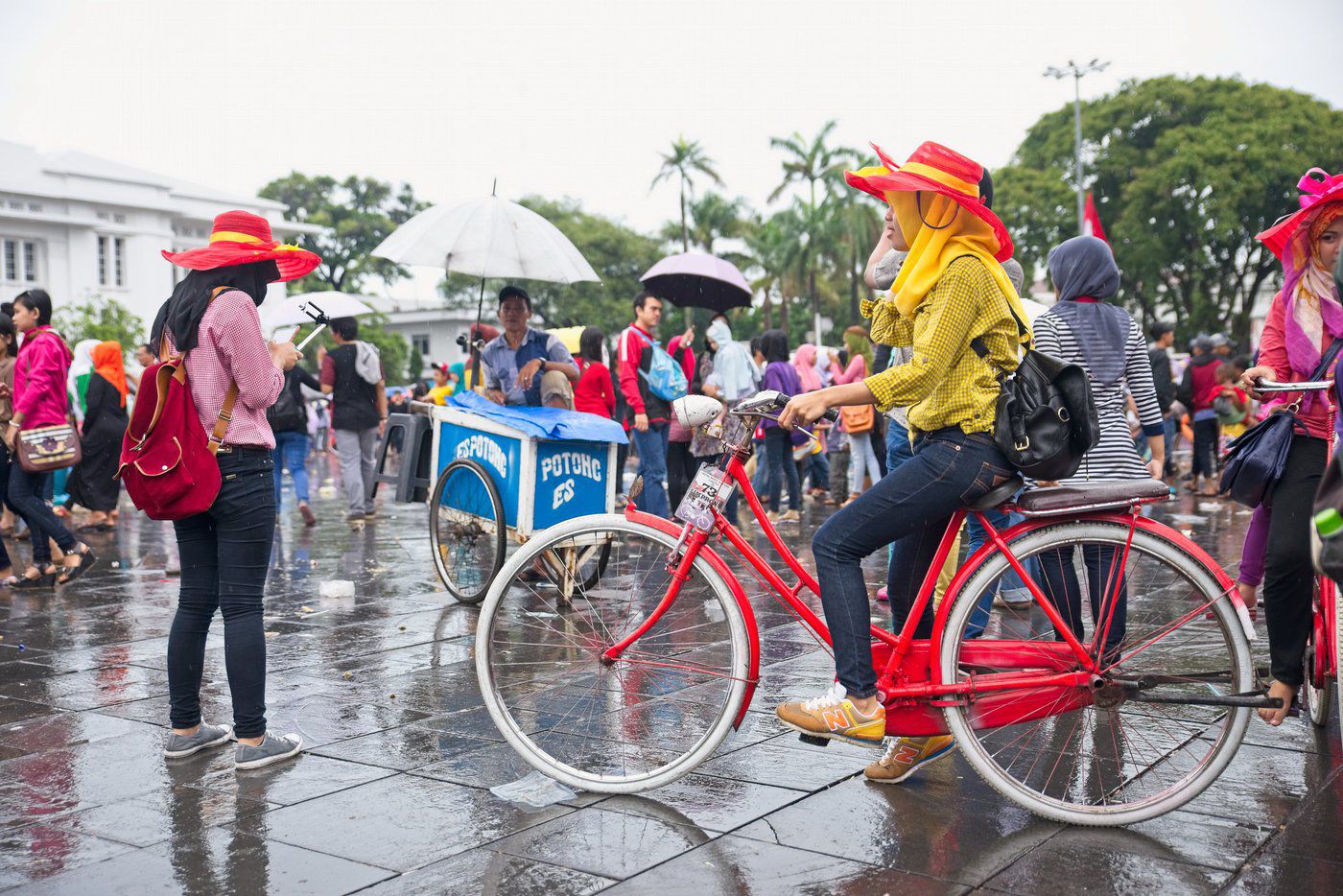 After a long and slippery road, students and academics in Indonesia now have a decree to protect them against sexual crime. (Woman on Bicycle by Indigo Skies Photography)

It’s rare to see representatives from these two groups come together and sit down to talk. But one thing united them: sexual violence.

The meeting came at a time when sex assaults on university campuses were in the news with Tirto.id, The Jakarta Post, and VICE Indonesia all reporting on the issue in the wake of the high profile Agni case — which became a trigger for the movement against sexual violence on campus — and the case of a poet artist who allegedly raped students at the University of Indonesia.

In 2019, there had been five cases reported to Hopehelps which involved catcalling, peeking and even taking pictures of female students in the toilet.

At the time there were little or no avenues for victims to seek justice. “We were very sad every time we got reports of sexual violence” said M. Wildan Teddy, the director of Hopehelps at the time.

“We could only listen to the stories of the victims. But that’s not enough. Victims sometimes don’t want to report to the faculty because … there is no follow up on their cases. Or victims are often blamed. They’re broken.”

The student groups developed procedures for the prevention and handling of cases of violence on campus. After the guidelines were published, other campuses followed suit.

At the time of the Agni case, there was no legal protection for victims of sexual violence in Indonesia. The Sexual Crime Act was still in the pipeline, with debate swirling around the word “consent”.

Considering consent meant the Indonesian government tacitly recognised all sexual relations, including infidelity or between unmarried partners — a controversial idea in a predominantly religious country.

In 2021, with sexual violence on university campuses in the spotlight, The Education Ministry enacted a ministerial regulation mandating all educational institutions to provide a safe and comfortable environment for all.

But it hasn’t been smooth sailing. There was a debate between moralist, religious hard-line groups and activists about the definition of sexual violence, protection of victims and who even qualifies as a victim.

Religious groups rejected the regulation because it was deemed not to regulate adultery, thereby allowing adultery to occur on campus. They argued the law did not reflect cultural and religious values in Indonesia and submitted a judicial review to the Supreme Court to have it annulled.

In response, more than 1,000 academics and students signed an open letter rejecting the judicial review and supporting the Ministry of Education Regulation No 30/2021.

The battle against sexual violence was strengthened by the Sexual Violence Crime Act. which expanded the definition of sexual violence to include non-physical forms, such as social media harassment.

There were other wins. Previously, victims needed to provide two witnesses to prove an assault. Now, testimony from the victim alone —with supporting evidence — is sufficient. In addition, victims can testify online and there are regulations around improved counselling for victims.

Still, there are many challenges ahead. There are question marks over whether local officials and police will accept the changes, or pursue cases given budget restraints.

But lessons have been learned. Legal protection is required; it’s not enough just to have good intentions. While bringing perpetrators to justice is important, a prevention programme could change attitudes in Indonesia’s universities.

And prevention and handling of sexual violence requires a combined effort from the academic community, NGOs, service providers, and government institutions. The hope is that many obstacles will be overcome and sexual violence in college will be a thing of the past.

Lidwina Inge Nurtjahyois a lecturer and researcher in the Faculty of Law, Universitas Indonesia.