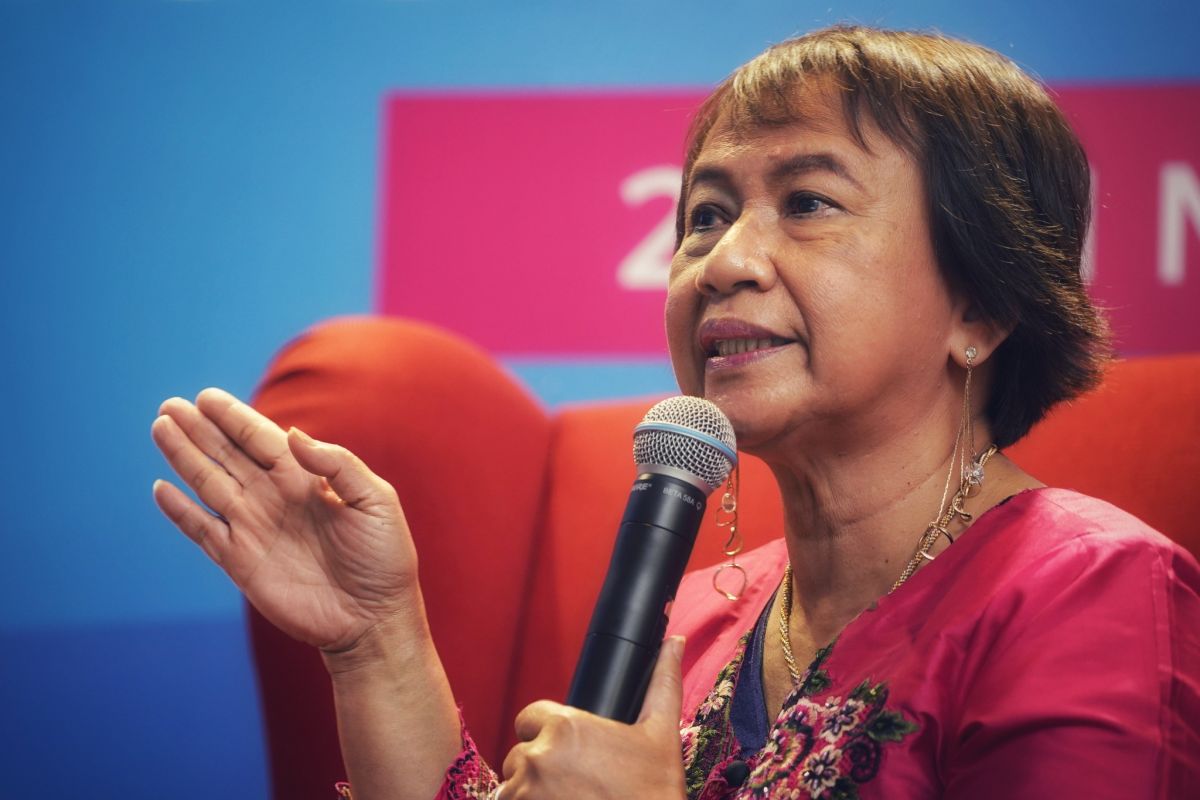 Dr Jamiyah Hassan at the "Tackling Unintended Pregnancies in Malaysia" conference organised on May 21-22, 2022, by the Galen Centre for Health and Social Policy in Kuala Lumpur. Picture by Saw Siow Feng for the Galen Centre.

Around 18,000 cases of unintended pregnancies occur in Malaysia each year, according to most recent data.

However, Dr Jamiyah said there is a need for the figure to be closely examined. “Does that mean it is all out of single women or within marriage? Because you know the age of marriage in Malaysia is from 16-years-old, so it can still be teenage pregnancy but within marriage.”

The obstetrician and gynaecologist cited a study that showed 62 per cent of single teenage pregnant girls had never been to hospital or had inadequate health check-ups.

She said their single status and lack of support are the reasons that many of the girls did not go for antenatal check-ups.

“They are afraid because most of the time, they have no support from family members. If they come out in the open, they will be stigmatised. This will impose a lot of problems on them — shaming, blaming,” Dr Jamiyah said.

“So, this is what prevents them from coming forward, so we need to have support for this group because we talk about moral issues, but we also need to talk about health issues here.”

Dr Jamiyah said although pregnancy is not a disease, women can die as a result of pregnancy or complications from it.

When somebody has a mistimed or unplanned pregnancy, the result could be abortion, spontaneous miscarriage, or in many cases, live birth, which will impose financial pressure on the family structure.

“We know women are supposed to give birth because men cannot give birth. But we know now in this day and age, women are also an important part of the workforce. They need to do their own stuff, apart from bringing up a family, apart from giving birth.”

“If the woman is not sane, she cannot take care of the family. Women need to be healthy psychologically and emotionally to do all that.”

If Men Could Get Pregnant

The conversation would be different though or non-existent, if men were the ones who could get pregnant and give birth, said Azrul Mohd Khalib, chief executive of the Galen Centre for Health and Social Policy.

“If men could give birth, contraception would be available everywhere, there will be safe abortions without any hurdles, there will be sexual reproductive education in schools, because those are things that men would care about.

“But here’s the thing. We look back at these issues, it really places these issues into a box where women are expected to be the sole burden of responsibility, to shoulder on,” Azrul said in his discussion with Dr Jamiyah on BFM’s podcast.

The responsibilities and consequences of partaking in sexual activities are not discussed in sexual and reproductive health education, Dr Jamiyah said: “My personal take is that it should be the responsibility of all.

“Teachers teach in school but the responsibility starts at home with the parents. So, the parents should be educating the children also in terms of their sexual reproductive health, gradually according to age.

“Say for example, five-year-olds, they would know that male and female genitalia are different. And they would tell you that. But sometimes instead of us explaining to them, we just shut them out. We say, ‘no, you cannot talk about that’.

“So we have to reflect on ourselves — why we are not comfortable talking openly about sexual and reproductive health with our children and husband.”

Contraceptives Must Be Used Properly To Be Effective

The lack of education and information can also lead to acceptance of myths and misconceptions about sexual and reproductive health. “Sometimes women get the idea that one-off sexual intercourse will not get me pregnant,” Dr Jamiyah said.

Contraceptives have to be used accordingly to be effective, she maintained, adding that birth control pills need to be taken regularly and condoms need to be put on properly to ensure their efficacy.

“Condoms are one of the most effective forms of contraception for prevention against infections like HIV, HPV, and also pregnancy,” said Dr Jamiyah, adding however, that its usage has to be planned.

“So you have to have the condom ready before any sexual intercourse. You have to apply it before any contact and consistently every time. So, if you do that every time, the chances of getting an unintended pregnancy will be lower.”

Some women also forgo contraception because they fear side effects and the mistaken perception of possibly getting cancer when using oral contraceptive pills.

On the other hand, she said oral contraceptive pills can prevent ovarian and endometrial cancer.

Maternal mortality rates in Malaysia from 2009 to 2011 showed that about 40 per cent of women who die during pregnancy don’t use contraception. “And they may be of advanced age and have had multiple births so they should be using long term contraception.”

“This group of women cannot get pregnant. So they need to use effective contraception to ensure that they don’t get pregnant,” Dr Jamiyah said.

“Sometimes they might think, well, I want to try for pregnancy, even though you tell me I might die during pregnancy. So, these are the things that we need to talk to women about and sometimes it can be difficult, especially when it involves the partner.

“You know in Islam, we cannot stop procreation, but we can plan pregnancy. But there are situations where if the woman gets pregnant, the chances of dying are very high.” In that case, she shouldn’t get pregnant, Dr Jamiyah said.

Nine Babies A Month Abandoned Due To Unintended Pregnancies

“There could be circumstances in which these pregnancies occur, whether it’s due to incest, sexual abuse, rape and so forth,” said Azrul.

“Women and girls in these circumstances should be able to seek protection from the legal framework, and need to be able to get essential services, in order for them to be taken care of.

When a girl abandons her baby, we also have to think about what she goes through when she gets pregnant, said Dr Jamiyah. “They (pregnant girls) are alone and there is so much stress. So their decision tends to be irrational.”

Although there are places that girls and women can go to for support, many will not come out in the open, fearing blame, judgement and stigma.

“So they will just go through it alone. And this will have a lot of impact on their mental health, causing psychological and emotional issues.”

Additionally, lack of prenatal care will affect the baby’s health in the long run. “Once the baby is born to poor nutrition in the mum, the long-term consequences on that little one…coronary artery disease, obesity, diabetes type two, hypertension and so on, results from poor nutrition environment in pregnancy.”

For girls who are pregnant while still in school, they may be forced to drop out, she said. Furthermore, the financial burden of providing for a child without being financially stable themselves can take a toll.

While abortion can be an option for girls in such situations, it must be performed within the scope of the law, Dr Jamiyah said.

Under Section 312 of the Penal Code, termination of pregnancy is allowed if it involves risk to the life of the pregnant woman, or injury to her mental and physical health.

“Men and boys need to be sensitised and made aware of these issues as well. Because their responsibility is part of the problem here, in that they’re not having the kind of role they should take. So, we also need them to get involved.”