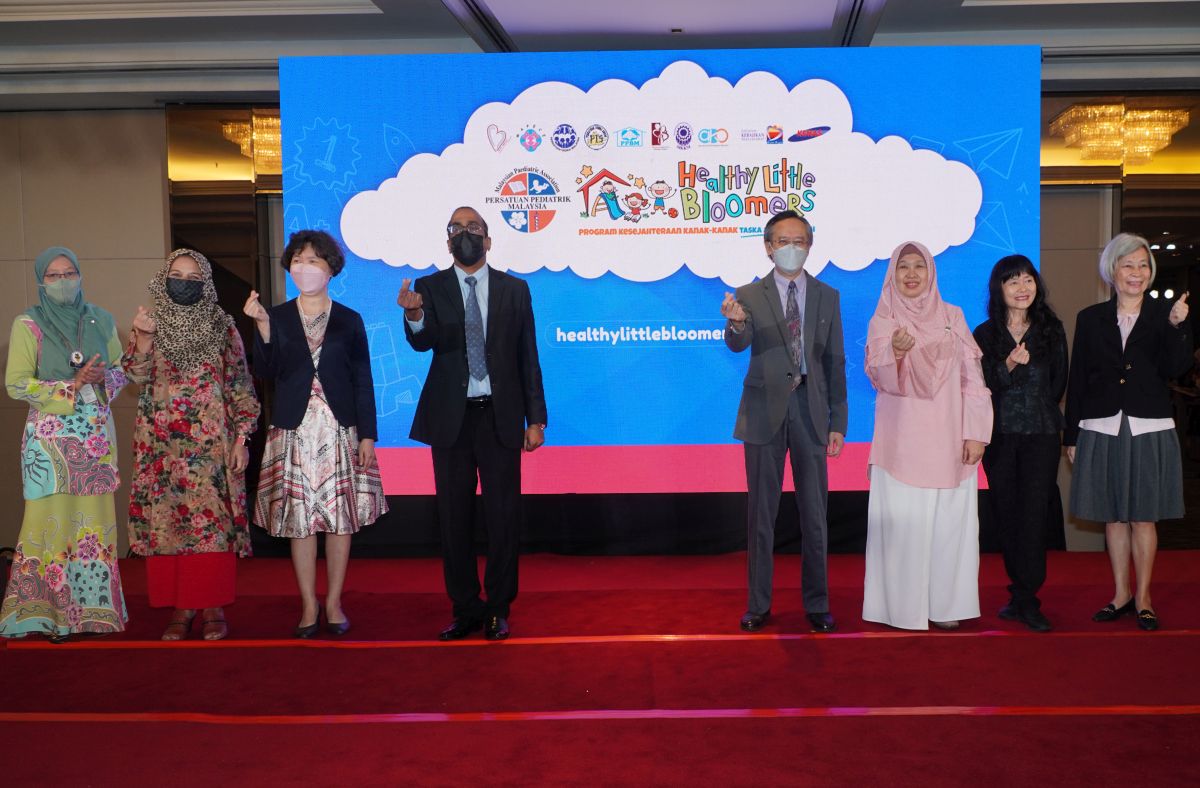 The initiative led by MPA, in collaboration with ten prominent early childhood care and education (ECCE) organisations from both private and government sectors, aims to promote child health, safety, and well being from young through more than 30,000 ECCE centres nationwide, potentially benefiting more than 800,000 children.

Health Minister Khairy Jamaluddin, who officiated the event via a video feed, said in his speech that young children, particularly those below the age of five, are vulnerable to health and safety related threats because their immune systems have not fully developed.

Their physical limitations and limited abilities also make them susceptible to abuse, neglect and injuries.

“Health and safety promoting behaviours are shaped over time and will have major implications on a child’s current and future well-being,” he said.

“Studies have shown that not only do such behaviours have an impact on a child’s health status but it also predicts one’s socioeconomic status later in life.”

Khairy said that preschools and child care centres were “key touch points in promoting and instilling health and safety awareness in young children.”

During his speech at the launch of the programme, MPA president Dr Selva Kumar Sivapunniam cited several studies that reveal how poor health and safety habits during childhood lead to negative health and safety outcomes later in life.

“For example, a study involving 62,565 children found that being overweight at seven years old until puberty increased the risk of type 2 diabetes in adulthood,” he said.

“While a study of 51,505 children found that almost 90 per cent of those who were obese at three years old were overweight or obese in adolescence.”

Dr Selva said that for many parents, ECCE institutions — which include preschool and childcare centres — are the most important partners in safeguarding and nurturing child health, safety and wellbeing.

“Many young children spend most of their waking hours in these institutions on a weekly basis. In addition, studies have shown that health promotion intervention in kindergarten and childcare centres can be effective especially if parental engagement is involved.”

He pointed out that the recent pandemic further highlighted the important role that kindergarten and childcare centres play in empowering teachers, caregivers as well as children under their care to prevent the spread of Covid-19 within the community.

With the country’s road to recovery from the Covid-19 pandemic in mind, the Healthy Little Bloomers programme will kick off with an infection prevention campaign called “Junior Germ Busters” (JGB).

While the programme’s maiden campaign will focus on infectious disease prevention, Dr Zulkifli Ismail, chairman of Healthy Little Bloomers and consultant paediatrician and paediatric cardiologist, said HLB is meant to be holistic covering all key domains and aspects of child health, safety and wellbeing.

“The programme will take an annual thematic approach,” he said in a statement. “In subsequent years, new themes such as injury prevention and mental health will be rolled-out while the existing campaign (JGB) will be maintained.”

HLB’s programme offerings include training for ECCE operators and personnel, interactive lessons for children, as well as information and educational materials for parents and primary caregivers.

“The programme is inclusive and will cater to children from various population segments including those who are underprivileged and with special needs,” he said.

“Educational materials will be available in Bahasa Malaysia and English, roadshows will be conducted to cater to less advantaged children, and activities will consider the needs of those with hearing or vision impairments.”

More information about the HLB programme can be found here. Access to all Junior Germ Busters educational materials is also available on the website.