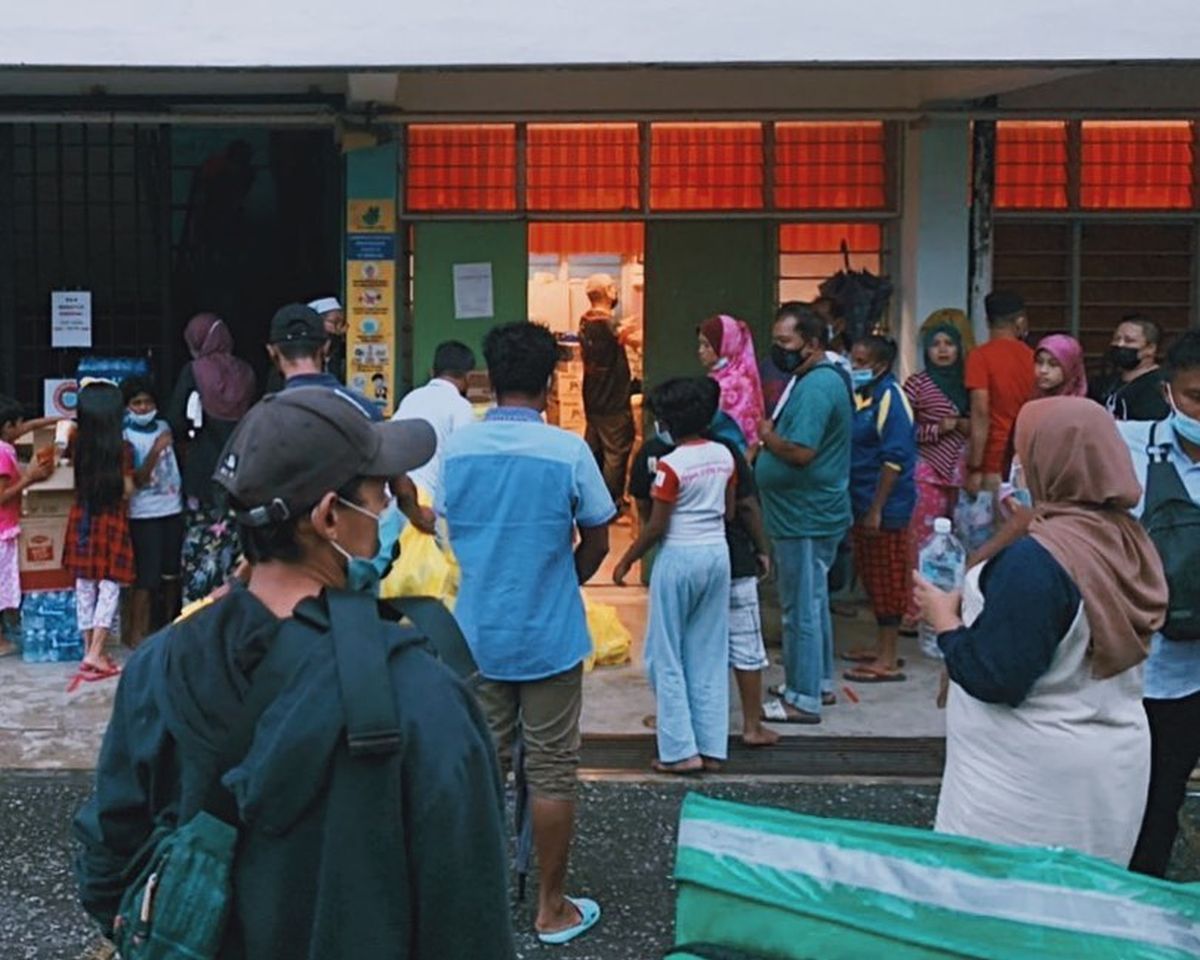 More than 180,000 refugees have come to Malaysia in hopes of finding safety. Photo from Refuge For The Refugees Facebook page dated December 25, 2021.

On April 20, 2022, more than 500 refugees were reported to have escaped a detention camp in Kedah. Six of them, including women and children, died in a collision when trying to cross a highway to flee the camp.

In response to the fatal incident and claims that the squalid conditions of the refugee camp motivated the escape, Home Minister Hamzah Zainudin said that the prolonged detention of refugees should be a ‘lesson’ for other refugees to not come to Malaysia, and that refugees are ‘treated well’ in Malaysia.

He added they should leave Malaysia and return to their countries, and asked the public to notify authorities if they are encountered so they can be arrested and taken back to detention centres.

These appalling statements send the message that refugees should be persecuted for attempting to gain protection from egregious abuse, violence, and other violations of fundamental rights in their home states.

This reinforces the dangerous narrative that at-risk individuals should return to nations where their lives are endangered, and is a  bleak reminder of the inhumane treatment refugees experience in Malaysia.

While more than 180,000 refugees have come to Malaysia in hopes of finding safety, Malaysia is not a party to the 1951 Convention in the Status of Refugees and refugees and asylum seekers do not hold ‘legal’ status.

This lack of a protective framework not only heightens their vulnerability to immigration offences, but increases their risk of other crimes that they fled from in their home nations, such as sexual and gender-based violence (SGBV) that disproportionately affects women and children in and out of detention centres.

These vulnerabilities are compounded by the fact that the United Nations High Commissioner for Refugees (UNHCR) has not had access to refugee camps in Malaysia throughout the pandemic, since 2019.

This has resulted in the prolonged detainment of refugees in these camps, who as persons of concern should not be placed in such unsafe conditions.

Detaining women and children refugees in these camps, in particular, is in direct violation of Malaysia’s international obligations as conditions of detention centres severely exacerbate the risk of SGBV.

The Convention on the Elimination of All Forms of Discrimination Against Women (CEDAW) committee’s concluding observations to Malaysia have called for alternatives to detention for refugee and asylum-seeking women and girls, and measures to ensure they are protected from all forms of gendered violence.

Under the Convention on the Rights of the Child (CRC), the government is obligated to ensure that a child who is a refugee can only be detained as a measure of last resort and for the shortest appropriate period of time.

It is unacceptable for the Malaysian government to turn a blind eye to the inhumane reality of the situation refugees are subject to, under the guise that they are treated ‘well’ because they are provided with the bare minimum of food and shelter.

Refugees are not criminals for escaping life-threatening circumstances, and must not be treated as such.

Women’s Aid Organisation (WAO) urges the Malaysian government to take steps grounded in humanitarian principles and in compliance with international obligations to address the concerning situation impacting refugees in and out of detention camps.

Refugees must not be detained indefinitely and must be granted freedom of movement with the ability to contribute to the economy. It is also imperative for agencies such as UNHCR to urgently be granted access to these camps to mitigate the prolonged detainment of persons of concern.