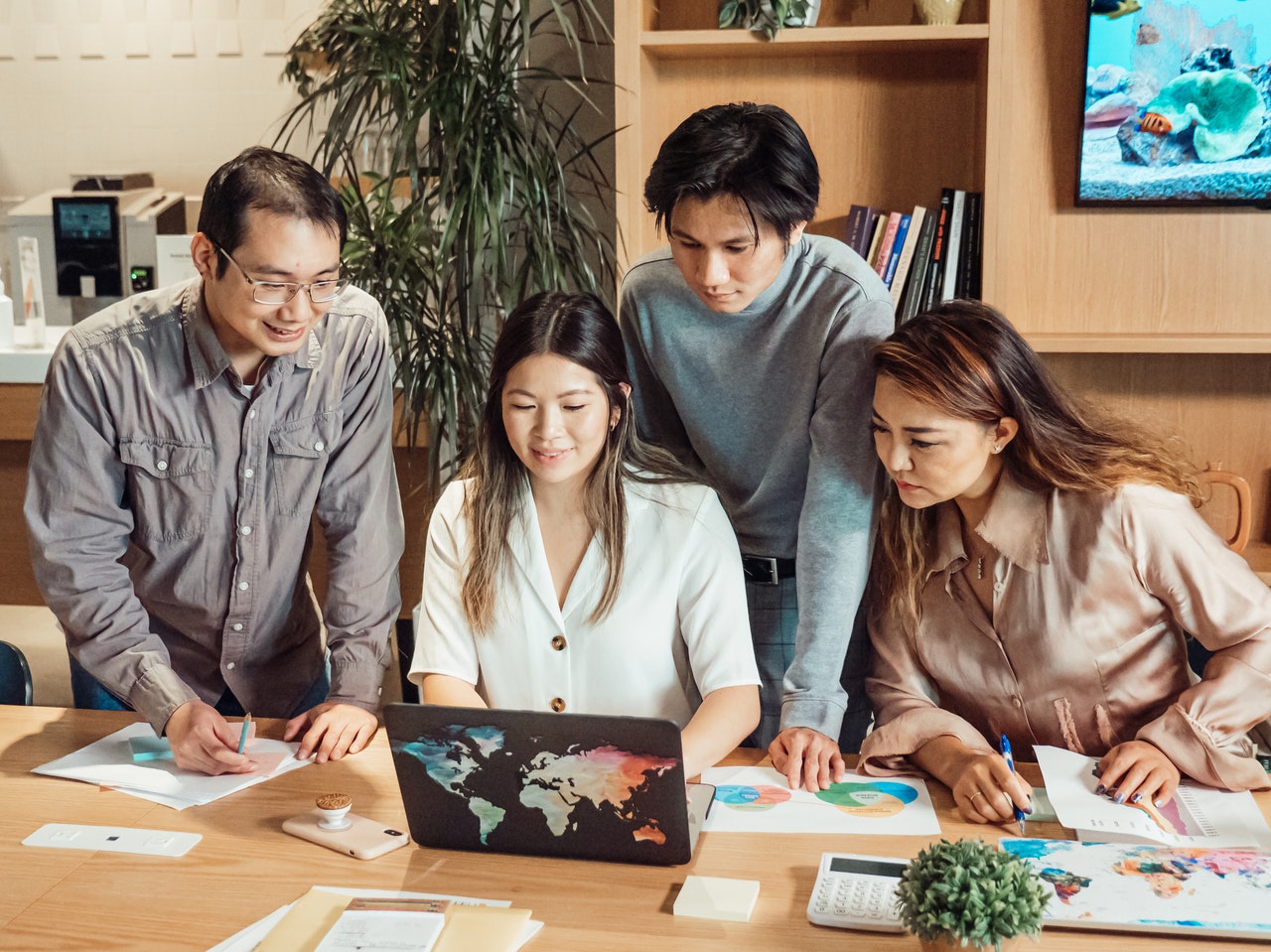 A group of people having a meeting. Photo by Kindel Media from Pexels.

KUALA LUMPUR, May 17 — The median and mean monthly salaries in Malaysia for male employees have been consistently higher than female employees since 2010, according to the Salaries and Wages Survey Report Malaysia 2020.

The Department of Statistics Malaysia (DOSM) report was cited in Malaysia’s sixth periodic report to the United Nations’ Convention on the Elimination of all Forms of Discrimination Against Women (Cedaw). Both genders experienced a decline in median and mean salaries in 2020.

Women workers’ median monthly salary in 2020 of RM2,019 to their male counterparts’ RM2,093 means that women earn about 96 sen for every ringgit a man earns.

In the United States, American women earned 84 per cent of what men earned in 2020, based on a Pew Research Center analysis of median hourly earnings of both full-time and part-time workers.

Men also outnumber women in the workforce, according to the Labour Force Participation Rate (LFPR), which measures the proportion of the working age (15 to 64 years old) population in Malaysia who are employed or actively looking for gainful employment.

Male LFPR increased slightly from January 2020 to 81.9 per cent in December 2021, while female LFPR remained stagnant at 55.2 per cent. This indicates that only slightly more than half of working age women are employed.

In its report to Cedaw, Malaysia maintained that it has ratified the ILO Convention on Equal Remuneration Convention in 1997, which underscores the application of equal remuneration for women and workers for work of equal value.

The Ministry of Human Resources has taken measures to implement the convention by reforming labour laws, conducting objective job evaluations through the National Wage Index and implementing flexible work arrangements to increase women’s participation in the labour market.

The Employment Act 1955 (Act 265) was amended in 2021 to propose that employees may apply in writing to employers for a flexible working arrangement according to hours, days or place of work to promote shared responsibility within the household and family.

The Cedaw report also mentioned the Skim Caruman Sukarela Insentif Suri (iSuri) under the Employees Provident Fund (EPF), which would allow housewives, single mothers, widows and single women to contribute to their retirement fund, with matching contribution from the government.

In its Concluding Observations on the combined third to fifth periodic reports of Malaysia, the Cedaw committee maintained that the persistence of patriarchal attitudes and deep-rooted stereotypes regarding the roles and responsibilities of women and men in the family and in society are a root cause of the disadvantaged position of women in several areas, including in the labour market and in political and public life.

Malaysia responded in its sixth periodic report by maintaining that it continues to adopt comprehensive strategies and measures to eliminate discriminatory stereotypes concerning the roles of women and men in society.

One of the country’s major achievements touted in the report is the publication of the ‘Statistics on Women Empowerment in selected Domains,’ an annual publication since 2017 that presents the national gender statistics in Malaysia.

Through the Malaysia Gender Gap Index (MGGI), the gap between women and men is measured across sub-indices such as Economic Participation and Opportunity, and Educational Attainment.

A score with a value of 1.0 (100 per cent) indicates equality between women and men has been achieved.

According to the Malaysian Gender Gap Index (MGGI) 2020, women’s achievements exceeded men in the educational attainment sub-index with a score of 1.059. In the Economic Participation and Opportunity sub-index, the score was 0.738.

At the international level, Malaysia achieved a score of 0.994 for educational attainment in the The Global Gender Gap Index. For Economic Participation and Opportunity, Malaysia scored 0.638.

Science, technology, engineering and mathematics (STEM) education is a focus of the country’s efforts to combat stereotypes and eradicate the gender gap, according to Malaysia’s report to Cedaw.

Referencing a report by the United Nations Educational, Scientific and Cultural Organisation (UNESCO), the government maintained that Malaysia is one of the few countries where women have reached parity in terms of representation among research scientists and engineers.

It also mentioned the Women and Skills Report 2021 by online course provider, Coursera, which recorded a total of 190,000 women registered learners in Malaysia.

The number of new women registered learners on Coursera from Malaysia has increased steadily since 2019 (42 per cent) to 2021 (51 per cent).

Slightly more women (44 per cent) than men (41 per cent) use mobile learning in Malaysia, according to the Coursera report.

STEM course enrollments among women learners in Malaysia has also seen an continued increase from 2019 (29 per cent) to 2021 (36 per cent), according to Malaysia’s report to Cedaw.

The integration of Girls4Tech STEM education programme, within the Ministry of Education’s online learning platform, DELIMa (Digital Educational Learning Initiative) portal, is one of the government’s initiatives to increase the gender gap and increase take-up of STEM at the grassroots level in Malaysia.

Malaysia’s report to Cedaw also mentioned the Million Women Mentors programme to help guide young women into degree programmes in STEM and also provide resources to assist them, both academically and professionally, as they enter the male-dominated workforce.

According to the Cedaw report, from 2018 to 2020, the total number of women enrolled in engineering and technology programmes at Polytechnic and Community Colleges is 68,803.

Women also made up more than half (3,149) of the 5,808 trainees who completed their TVET (Technical and Vocational Education and Training) programmes in 2020.

Additionally, women made up about a quarter of the membership of the Malaysian Board of Technologists, accounting for 7,427 out of 29,443 registered members.