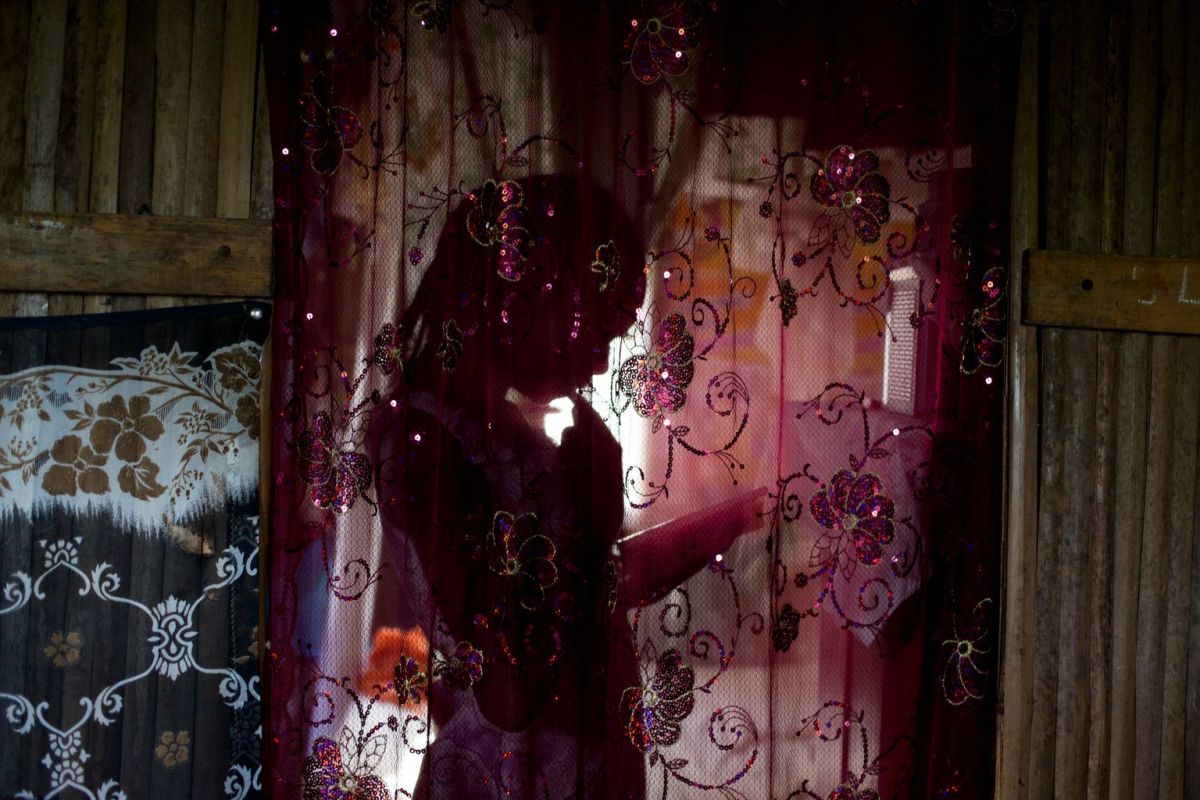 Sabah and Pahang had the highest number of cases with a total of 1,536 cases and 1,377 cases respectively out of 8,840 underage marriages for the five-year period.

More girls were involved in underage marriages in the three highest recorded states each year at 3,370 cases, compared to boys who made up a total of 466 cases from the same.

Gender breakdowns were only provided for child marriages in certain states.

A total of 2,288 cases were recorded with three states recording the highest number: Sabah, Pahang and Johor.

A total of 2,107 cases were recorded with three states recording the highest number: Pahang, Sabah and Johor.

A total of 1,856 cases were recorded with three states recording the highest number: Sabah, Pahang and Johor.

A total of 1,466 cases were recorded with three states recording the highest numbers: Sabah, Pahang and Perak.

Perak had the third highest number of cases for the year with 185 cases, 28 involving boys and 157 involving girls.

A total of 1,123 cases were recorded with three states recording the highest numbers: Sabah, Pahang and Perak.

She was responding to a question by Batu Kawan MP Kasthuri Patto who asked about the number of marriages under the age of 18 from 2015 to date, according to the ages of the boys and girls involved, state, ethnic identity, religion, and whether the application for marriage was made through the civil, syariah, or native courts in Sabah and Sarawak.

In her written Dewan Rakyat reply on March 9, Rina said the total number of approvals for Muslim underage marriages as recorded by the Syariah Courts for three years (September 1, 2015 to August 31, 2018), before enforcement of the standard operating procedures (SOP) for underage marriages, was 2,885 cases.

The total number of approvals for Muslim underage marriages three years (September 1, 2018 to October 31, 2021) after enforcement of the SOP for underage marriages is 2,098 cases, which is a decrease of about 787 cases or 27 per cent.

Kasthuri and Seputeh MP Teresa Kok also asked about the status and update of the National Strategic Plan to Address the Causes of Underage Marriage, which was launched in January 2020.

“The government is committed to continue its efforts to address underage marriages through the implementation of the National Strategic Plan to Address the Causes of Underage Marriage. Most recently, the Steering Committee meeting was held on September 3, 2021 to monitor and report on the status of implementation of the programmes under the Plan,” Rina responded.

This meeting also functions as a platform for the agencies involved to discuss issues and challenges, as well as provide their suggestions for improvement of each programme, said Rina.

“Realising that this Plan is a dynamic document, the recommendations and views of all parties are most welcomed so that the strategic plan is continuously improved and is relevant so that it can address the causes of underage marriages more effectively.”

Rina also responded to an inquiry by Kok who wanted to find out the latest update on the formulation of a law to prevent underage marriages.

In her response, Rina said the government will mobilise efforts to coordinate relevant legislation in the country to set the minimum age of marriage at 18 years old. This is a long-term strategy (2020-2025) under the Strategic Plan.

“I am also pleased to inform that the ministry is engaged in continuous discussions with the Department of Islamic Development Malaysia (JAKIM) and the Syariah Judicial Department of Malaysia (JKSM) in the effort to ensure the improvement of relevant legislation related to the setting of a minimum age limit for Muslim marriages.

“Meanwhile, for non-Muslim marriages, existing laws clearly stipulate that the minimum age for marriage for both male and female is 18 years of age. Nevertheless, this ministry, in collaboration with the Home Ministry, will continue the effort to improve and tighten existing procedures to apply for underage marriage.”

She maintained that the government is committed in its efforts to deter underage marriages through the implementation of the Strategic Plan, which takes into account various points of view including from the aspect of education, advocacy, health, strengthening of the family institution, and socioeconomic support for citizens.

“Raising the marriage age to 18 is not the only solution for preventing underage marriages from happening. This is because the causes of underage marriages have to be addressed not just through laws, but also through changes in policy, implementation of programmes and awareness activities.”

She added the Steering Committee that was formed will continue to play a role in monitoring the implementation and development of the planned programmes.

“It is my opinion that this Plan should be worked on collectively so that the issue of underage marriage can be controlled before it further escalates and so that we can provide a better life for the future of our children. Therefore, I call for the continued support and commitment from all stakeholders, including those at the grassroots level, to ensure the successful implementation of programmes and actions under this Plan.”