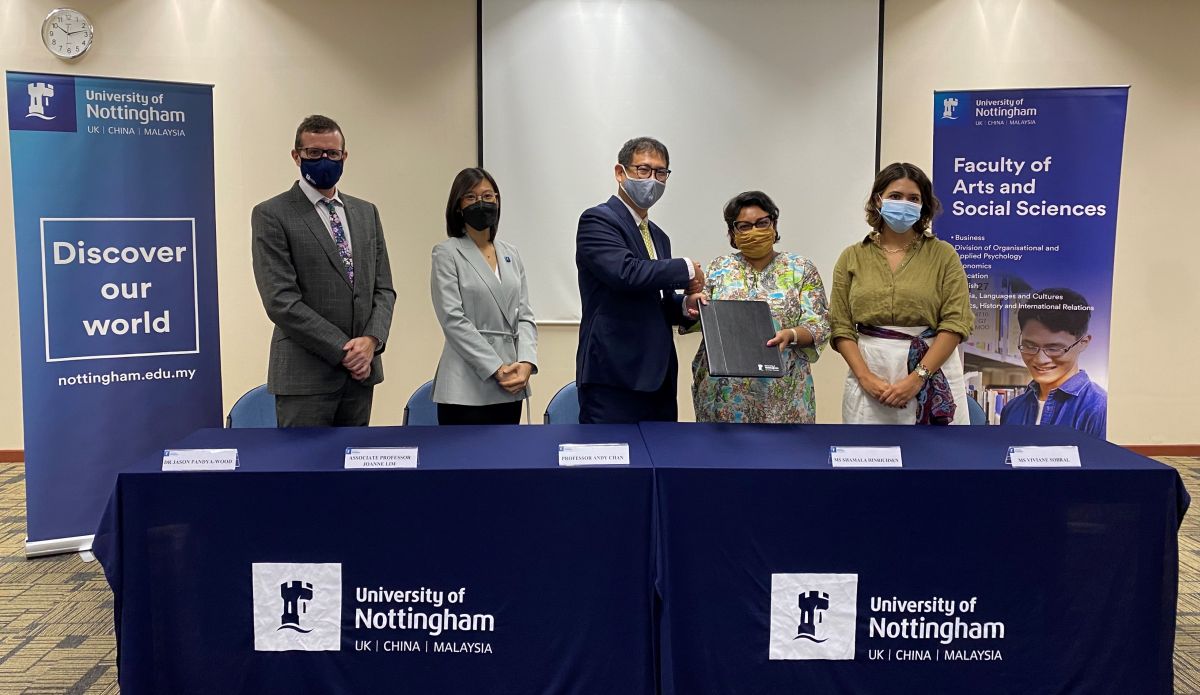 KUALA LUMPUR, August 17 – There is a great disparity in access to health care between those residing in urban and rural communities. Rural communities have limited access to quality medical centres and professionals, forcing residents to travel further for quality health care.

Pregnancy complications, domestic violence, sexual abuse, and mental health concerns are only a few of the issues faced by women everywhere, more so for those with limited access to the necessary resources.

To improve access to health care, University of Nottingham Malaysia (UNM) and Hanai Jiwa Ibu, a social enterprise which focuses on women’s health care needs, have joined forces to develop an app designed to improve health care for marginalised women across Malaysia.

Over the last three years, UNM and Hanai Jiwa Ibu, alongside St George’s University of London, Universiti Malaya and Universiti Malaysia Sabah, have been developing the Jiwa Ibu app to provide localised and tailored information on mental, women’s, maternal, and children’s health.

UNM and Hanai Jiwa Ibu have inked a Memorandum of Understanding to formalise and strengthen their relationship ahead of the app’s official launch.

The collaboration will allow for UNM and Hanai Jiwa Ibu to copyright and trademark the app, ahead of plans to work alongside Selangkah, the Selangor state government’s health care app, to embed part of Jiwa Ibu into the system.

“For years, we’ve wanted to shift our focus to the rural and marginalised communities of Malaysia. Since the idea began, our team of eight dedicated women have run focus groups involving doctors, nurses, midwives, community nurses and everyday women, to better learn what the ideal women and maternal health care pathway should look like,” said Hanai Jiwa Ibu founder and CEO Shamala Hinrichsen.

“We don’t expect to solve the world’s problems, of course, but one tiny step forward is better than no steps at all.”

In 2019, the team visited Likas, Sabah, to alpha-test Jiwa Ibu and to gauge the public’s receptiveness towards the app.

While Hanai took on the role of app developer, UNM led the research on receptiveness of Jiwa Ibu, as well as its impact and effectiveness on women in these communities.

“The Jiwa Ibu app is expected to benefit 15 million women across Malaysia. During its initial alpha-test, the app was downloaded by 3,000 women, with 75 per cent returning to the app within the span of one month from downloading,” said UNM School of Media Languages and Cultures associate professor Dr Joanne Lim.

“Based on the surveys and interviews that we carried out, 95 per cent of respondents also shared that they wanted the app.”

Leading up to the launch, the team has been travelling to parts of Sabah and Peninsular Malaysia to introduce Jiwa Ibu and train local community health champions to promote the app within their own communities.

Jiwa Ibu will include a directory for doctors and health care centres within the vicinity and other important resources, such as those for violence against women cases. Users can also store and track their own health records and seek medical assistance through the app.

In an effort to be more accessible, the app will be made available in Bahasa Malaysia, English, and other native languages.

Vice Provost of Research and Knowledge Exchange Prof Andy Chan represented UNM at the signing ceremony, while Hinrichsen signed on behalf of Hanai

The final version of the app is expected to be launched by October 2022. Click here or more information or download the app in its current version via the Google Play Store.