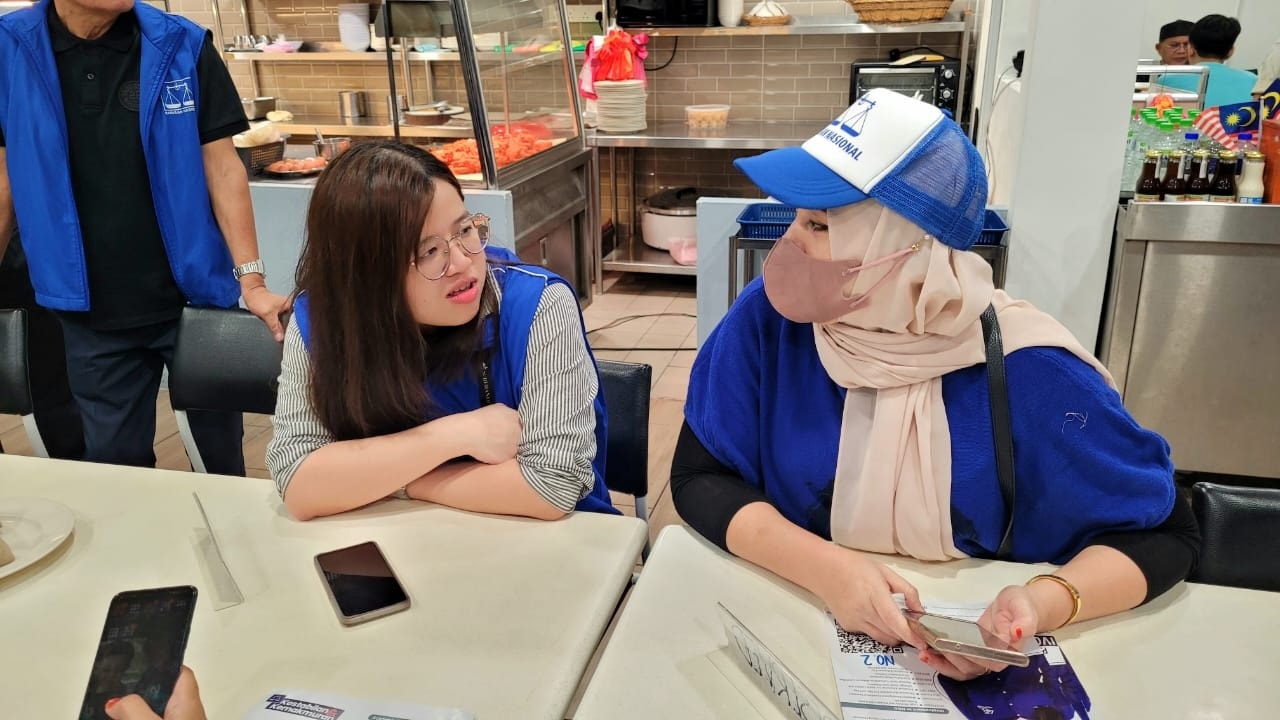 While the GE15 manifestos of various political coalitions have a segment dedicated towards empowering women, unfortunately, the conduct of several Perikatan Nasional (PN) and Pakatan Harapan (PH) candidates contravene the theory of their manifestos.

Spews by Kedah Menteri Besar Muhammad Sanusi Md Nor are in direct conflict with the Perikatan Nasional promise to “Optimise the potential of women” and condescend women as incompetent and shallow minded with a description of their tresses at 3am.

The female members within PAS and other PN parties must voice disagreement and rebuke him, lest they self-defeat themselves, have no intention of upholding their PN manifesto, and are comfortable with regressing to the domestic sphere and subjecting themselves and other women to any form of abuse that may ensue.

Any mother of newborns has to be awake at any time to address the needs of her infant. Does it even matter how one’s tresses may look like if one has to attend to an emergency? There may not even be time to get all dressed up. More crucial is for the matter or grievance or emergency be addressed and resolved amicably.

As society matures and, in this age where calls for and the need to practise gender equality grow more acute, politicians, be they veterans or newbies, must recognise and treat women as equals. Stereotypes of women as indecisive and lesser able than men belong and must remain in the bygone era. In fact, such stereotypes should never have even been conceived.

Voters have more sophisticated expectations from political parties and coalitions, who in turn, have a duty to quell misogyny to empower society to develop better. Politicians and policy makers can undertake an influential role in this endeavour.

For a party from a coalition which claims to be liberal, progressive and one which advocates for women’s rights, DAP’s misogyny and hypocrisy have revealed themselves and can no longer be hidden.

When DAP boasts that Pakatan appointed the first female deputy prime minister, the time is now apt for DAP and even PKR to step up to the plate. Will DAP and the Pakatan coalition as a whole be bold enough to chastise their comrade?

What message are these public figures who hope to be wakil rakyat, sending to the public? Irrespective of political affiliation, contenders for GE15 and any Malaysian citizen for that matter, must initiate positive change for women and accept women are of equal standing as men.

Ivone Low is the Beliawanis MCA chief and BN-MCA candidate for the Ampang parliamentary constituency.