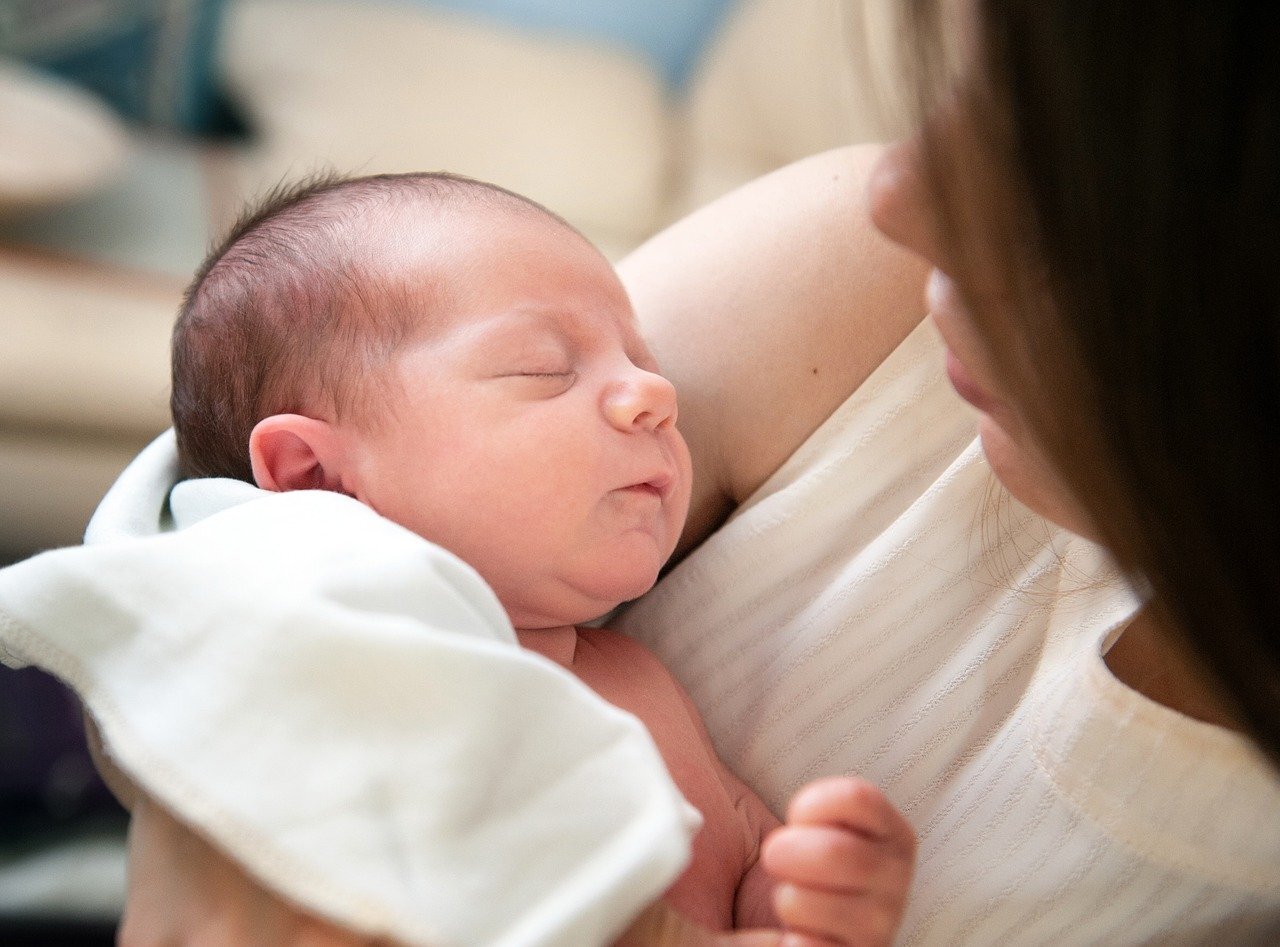 A mother with her newborn child. Photo by blankita_ua from Pixabay.

Of these, most cases were from the Malay-Muslim community, followed by the Indian and the Chinese (“Does Illegitimacy Status of Children Matter? A Review on Malaysian Perspectives”, Meerah Gopal, International Journal of Applied Psychology, Vol. 5, Issue 4, 2015).

The Child Rights Coalition Malaysia reported in 2013 that there were over 234,000 children whose birth certificates don’t mention a father’s name – of which around 85,000 are Muslims.

A child’s legitimacy is of supreme importance amongst Muslims, including in Malaysia. “Illegitimate” children don’t have the legal right to lineage or the right to inherit their father’s wealth.

Furthermore, the National Registration Department (NRD) puts “bin/binti Abdullah” in place of the father’s name. This publicly labels the children as “illegitimate” by virtue of their surname.

Although people are more accepting nowadays of “illegitimate” children, basic educational access and healthcare rights, among others, can still be denied or taken away (“Discrimination against an Illegitimate Child According to Law and Society”, Roslan et al., Current Legal Issues, Vol. 3, 2021).

Overall, such continued stigma and discrimination is likely to severely impact these children mentally, psychologically, and emotionally.

In addition, although Malaysia is a signatory to the United Nations Convention on the Rights of the Child (UNCRC), we continue to reserve the right not to ratify Article 7 which concerns a child’s right to birth registration, right to a name and nationality (as well to know and be cared for by their parents).

Often the “illegitimate” child is not registered immediately after birth to avoid stigma and discrimination.

The stigma associated with having an “illegitimate” child leads to many parents putting their baby up for adoption or to baby dumping. Between 2018 to 2021, 443 baby dumping cases were recorded – of which only 149 were found alive while 294 died (“Baby dumping still rampant”, Sinar Daily, February 17, 2022).

What Determines The Legitimacy Of A Child?

Under Section 112 of the Evidence Act (1950), a child is considered to be a legitimate child if he/she “is born or conceived during subsistence of a valid marriage where a husband of a married woman is determined as the legal father of the child. If the parents are divorced, then the child must be born within 280 days after the marriage dissolved with the condition that the mother have not remarried within the period of time” (“Discrimination against an Illegitimate Child According to Law and Society”, Ainur Nadhrah Roslan et al, Current Legal Issues, 2021).

Otherwise, he or she is considered to be a filius nullius or the son (or daughter) of “nobody” under the law.

Under Shariah law, a new born baby is legitimised if he/she is born after 6 lunar months (180 days) after the date of the marriage.

This is because in Islam, the minimum period of gestation/pregnancy is 180 days.

Based on this, unmarried Muslim females only have a short window of about three months to get married in order for the baby to be considered legitimate.

The short 3-month window of getting married becomes even shorter for girls who are under the legal age of marriage as they are required to get the Syariah court’s approval for marriage. This is concerning given the increasing numbers of unmarried underage girls getting pregnant.

Nearly 14 in every 1,000 underage Malaysian girls become pregnant every year.

In total, between 2005 and 2015, over half a million children were recorded as being born out of wedlock (“What’s in a name? For Malaysian Muslims born out of wedlock, stigma, and alienation”, South China Morning Post, September 3, 2017).

This process is starkly different from the process applying to non-Muslims wherein a child born out of wedlock can be legitimised after his/her parent’s marriage following birth:

According to the common law, an “illegitimate” child is related only to his/her mother and has no relationship with the biological father.

UNICEF (United Nations Children’s Fund) defines child marriage as any formal marriage or informal union between two individuals where at least one individual is below 18 years old.

The marriage laws for Muslims in Malaysia are governed by the family law enactment of the respective states.

As mentioned previously, a strong motivation for underage marriages concerns the legitimacy of the soon-to-be-born baby.

Additionally, adolescent females are more likely to have preterm births (i.e., born too early – before the 37 weeks of pregnancy have been completed, World Health Organisation/WHO).

As can be seen, the probability of the child being born after 180 days post-marriage for teenage girls gets even smaller from both ends. The parents are married months into the pregnancy and the child can be born pre-term.

This increases the probability of the child being considered “illegitimate”.

In 2021, a motion entitled the ‘Motion to Protect the Rights of the Child and Abolish Gender Discrimination in Malaysian Laws’ was filed by Charles Hector at the Malaysian Bar’s Extraordinary General Meeting (EGM) to urge the government to expunge the term “illegitimate” from documents of children born out of wedlock.

The motion argues that the term is derogatory and has adverse effects on a child’s emotional and psychological health.

Additionally, the motion stated that “[t]he children are blameless and as such, should not be suffering the consequence of how they came into being by the actions of their biological parents and the law”.

It also argued that “whether the parents were married or not when the child was conceived or born does not change who the biological mother and father of the child are”.

Finally, it states that “as such, in the best interests of these children, their rights must be recognised and protected, including the right to acquire citizenship, education, healthcare, welfare and other rights” (“Bar EGM to discuss use of ‘illegitimate’ for child out of wedlock”, Free Malaysia Today, September 23, 2021).

All children born out of wedlock should still be able to automatically enjoy all the rights of a legitimate child and shouldn’t be subject to any form of discrimination in the realm of public law.

Children born out of wedlock should be afforded and guaranteed equal protection when it comes to access to public services such as education and healthcare as well as employment opportunities, etc. (as per Article 8 of the Federal Constitution).

Only in the realm of private law such as inheritance and succession would the discretion and space to discriminate apply, e.g., in the drafting of the will (probate law).

Towards that end, include specific provisions pertaining rights of the current “illegitimate” children in the Legitimacy Act 1961 – that they’re entitled to equal protection under the law (as per Article 8 of the Federal Constitution) and that any derogation thereof should only be limited to certain conditions such that alluded above.

However, a derogation to the derogation should also be additionally provided for, namely that where the exercise of discretion conflicts with public law and public policy, the court is to apply the principle of non-discrimination.

Finally, the term “illegitimate” should be expunged from all legal documents of children born out of wedlock as well as ceased usage in the legal language by all stakeholders concerned – judges, lawyers, government officials, etc.

A series of policy circulars should be issued by the government via the various ministries and agencies concerned (e.g., Prime Minister’s Department, Home Ministry, MOH, etc.).

In its place could be the term “pre-marital child/children”.

The government should ratify Article 7 of the United Nations Convention on the Rights of the Child (UNCRC). Article 7 is as follows: “1. The child shall be registered immediately after birth and shall have the right from birth to a name, the right to acquire a nationality and. as far as possible, the right to know and be cared for by his or her parents. 2. States Parties shall ensure the implementation of these rights in accordance with their national law and their obligations under the relevant international instruments in this field, in particular where the child would otherwise be stateless”.

The government should also launch an indefinite campaign to register all pre-marital children throughout the country who weren’t registered upon birth.

EMIR Research strongly urges the government to implement the recommendations to prevent pre-marital children from being stigmatised as “illegitimate”, especially since they had no control over the circumstances surrounding their birth, but must still suffer the negative and severe long-lasting consequences in life.

Jason Loh and Juhi Todi are part of the research team at EMIR Research, an independent think tank focused on strategic policy recommendations based on rigorous research.

In this article:featured, malaysia