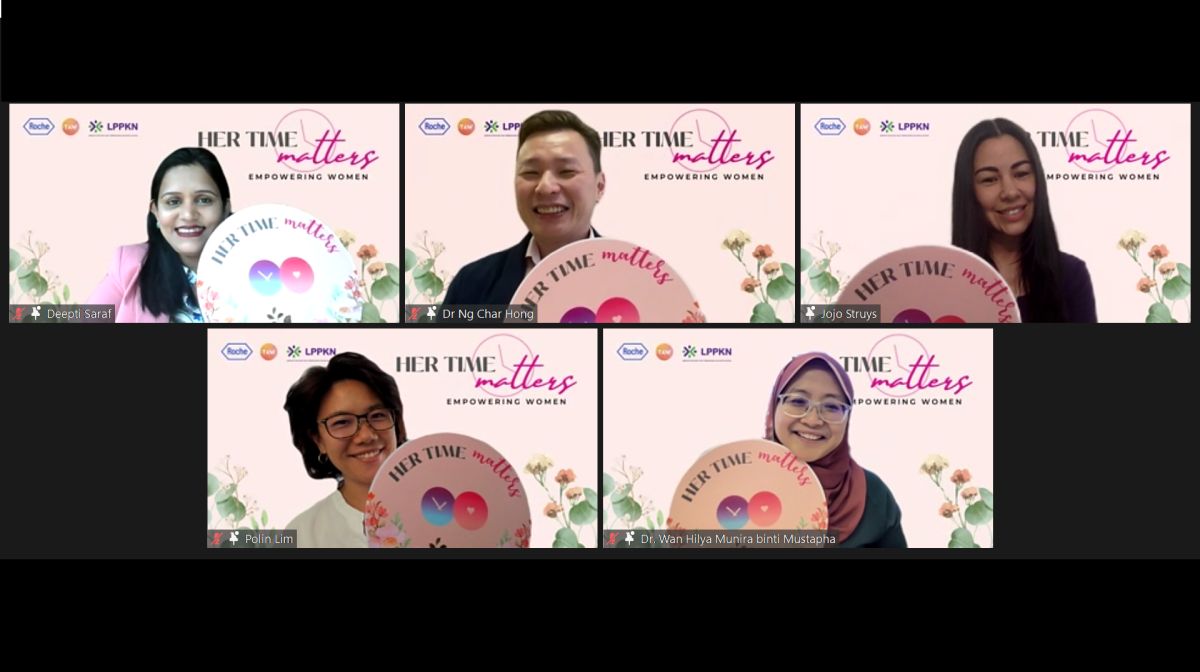 KUALA LUMPUR, Sept 23 – When Deepti Saraf’s mother had some unusual symptoms 10 years after menopause, she ignored them. When the symptoms emerged again, she made an appointment to see a doctor, but her husband felt ill, so she decided to cancel the appointment.

It was only when she accompanied a relative on a visit with a gynaecologist over a month later that she finally had a chance to discuss her symptoms with a medical professional.

She was diagnosed with cancer. Deepti’s mother had been experiencing the symptoms for over six months, but fortunately, the cancer was still in the early stages.

However, her daughter noted that she could have addressed it much earlier if she had not ignored it in the first place.

“So, this is a classic example of how women behave, right? We don’t take our health seriously. So, I think there’s a strong urgency to change this behaviour,” said Deepti, who is general manager of pharmaceutical company Roche (Malaysia).

“We want to change this behaviour because there is hope, there is innovation, there is so much science that is happening. And we want to make sure women give priority and enhance their awareness and focus on health.”

With that goal in mind, Roche launched the HER Time Matters campaign online yesterday. “Time and health are two precious assets that we don’t recognise and appreciate until they have been depleted”, Deepti said.

“This is an initiative that is bringing together both of these aspects, time and health, and making sure that women make time for the thing that matters most, which is their own health.”

The campaign will unfold in three phases with the first phase focusing on awareness. Roche will work with their partners, including the National Population and Family Development Board (LPPKN), private hospitals and The Asian Women (TAW), a platform for connecting and empowering Asian women through stories and conversations, to generate awareness on the possibilities when it comes to women’s health and how they should reprioritise their time.

Health empowerment is the aim of the second phase of the campaign, which will delve deeper into how women can take better care of themselves, do more thorough self-examinations, explore different possible funding solutions and use their health insurance more effectively.

“So, we are going to introduce these kinds of topics in our campaign which not only allows women to take care of themselves health wise, but when the need arises they know what are the various opportunities for them to access different kinds of funding,” Deepti said.

Kicking off next month, phase three of the campaign will concentrate on inspiration. During this phase, Roche will share survivors’ stories and release videos that inspire women to take care of themselves, Deepti said.

“We want to tell women that time matters. Suspend the time on things that matter most to you. Take care of your wellness. Seek help when needed. And have the hope that when you do focus on your health, it can make a huge difference to your family, people around you and yourself.”