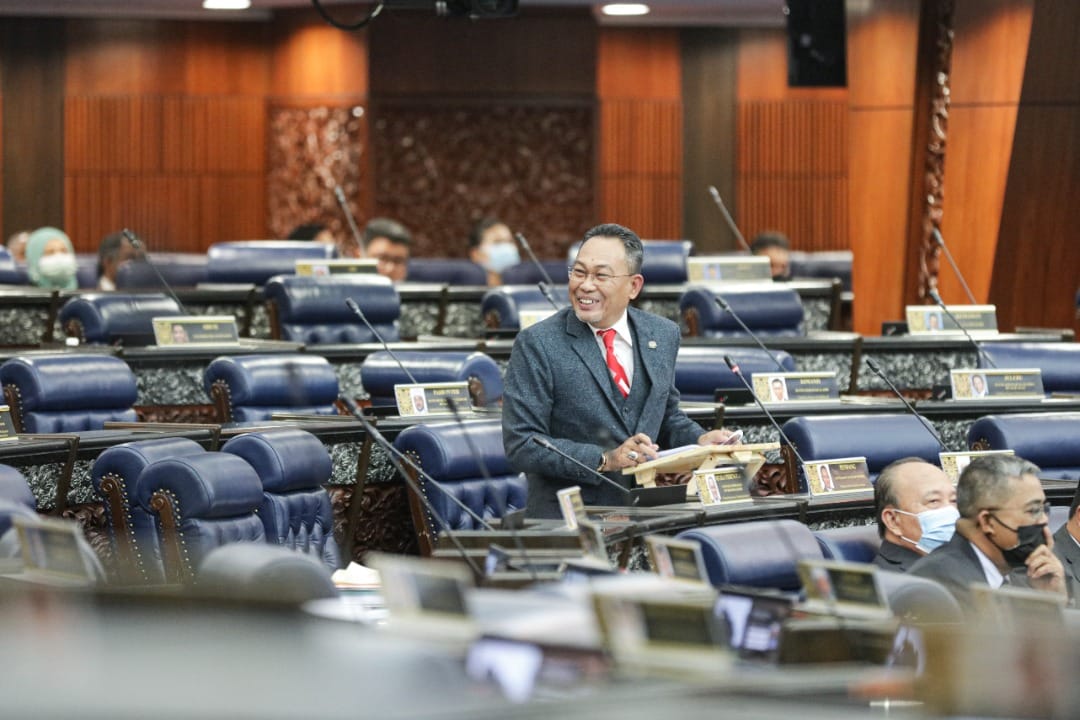 KUALA LUMPUR, July 26 – The Dewan Rakyat passed the Housewives Social Security Bill 2022 yesterday, which would enable the establishment of a social security scheme for housewives below 55 years of age.

The scheme will be enforced and managed by the Social Security Organisation (Perkeso).

“The Act aims to protect the population of women in Malaysia who are not in the workforce and do not receive any social protection,” said Deputy Minister of Human Resources, Awang Hashim, who tabled the Bill for its second reading.

“Its purpose is to safeguard the welfare of housewives as they perform their duties at home.”

Housewives can register themselves, or can be registered by their husbands or any other parties to enrol in the scheme, which requires a contribution of RM120 to be paid in advance for a coverage period of 12 months.

Under the Act, husbands who voluntarily sign up for the scheme but fail to make payment contributions can be fined not more than RM10,000, or imprisoned for a period not exceeding two years, or both.

Husbands who sign up but are unable to continue making contributions due to losing their jobs, or for other reasons, must inform Perkeso within 60 days before the expiry of the current contribution.

If a husband decides not to register for the scheme or the housewife does not have a husband, she can make the contributions herself, if she chooses to.

Under the Act, a housewife is defined as any woman, married or unmarried, who manages the household, whether on a full-time basis or otherwise, and includes wives, divorcees, widows, and mothers, including single mothers.

In Parliament yesterday, a number of MPs including Jempol MP, Mohd Salim Sharif, asked why the definition of housewives, and by extension, the protection afforded under the new Act, was limited to women.

“We are now seeing the phenomenon of husbands becoming ‘housewives’ full time for a number of reasons, including wives bringing home a higher income and husbands losing their jobs,” he said.

“Why not expand the definition to include men under the term housewife?”

Segambut MP, Hannah Yeoh agreed with the suggestion to broaden the definition of housewives under the Act to incorporate househusbands.

“So, there’s plenty of room to encourage the spouse who remains at home while the other goes to work to take up domestic responsibilities and take care of the children.”

She said the stereotype that household chores are only the domain of women also has to be extinguished.

“So, if we can put this in (definition to include men), it will help produce more men who take their responsibilities as husbands and fathers seriously. Housework has to be a shared responsibility.”

Yeoh also took issue with the wording used in the Bill to describe the basis for contribution payments.

“The rates of contribution for contribution paid in advance is based on the amount of presumed monthly income for housewives,” she read from the Bill.

“Six hundred ringgit per month is how we value the work of a housewife. I feel that is very insulting.”

She pointed out that the minimum wage in the country had been raised to RM1,500 this year.

“If we were to go to a coffee shop right now, the foreign workers there would be earning up to RM3,000. But for housewives, our mothers, the presumed amount is just RM600!”

In his response, Awang said the recommendation to include protection for men who undertake the responsibilities of household management would be considered and further explored.

He said that the language on the presumed monthly income for housewives will also be reviewed.

“For now, we focus on giving protection to housewives because it has taken a long time to finalise the current Bill,” said Awang, adding that the gaps that need to be addressed will be examined from time to time.