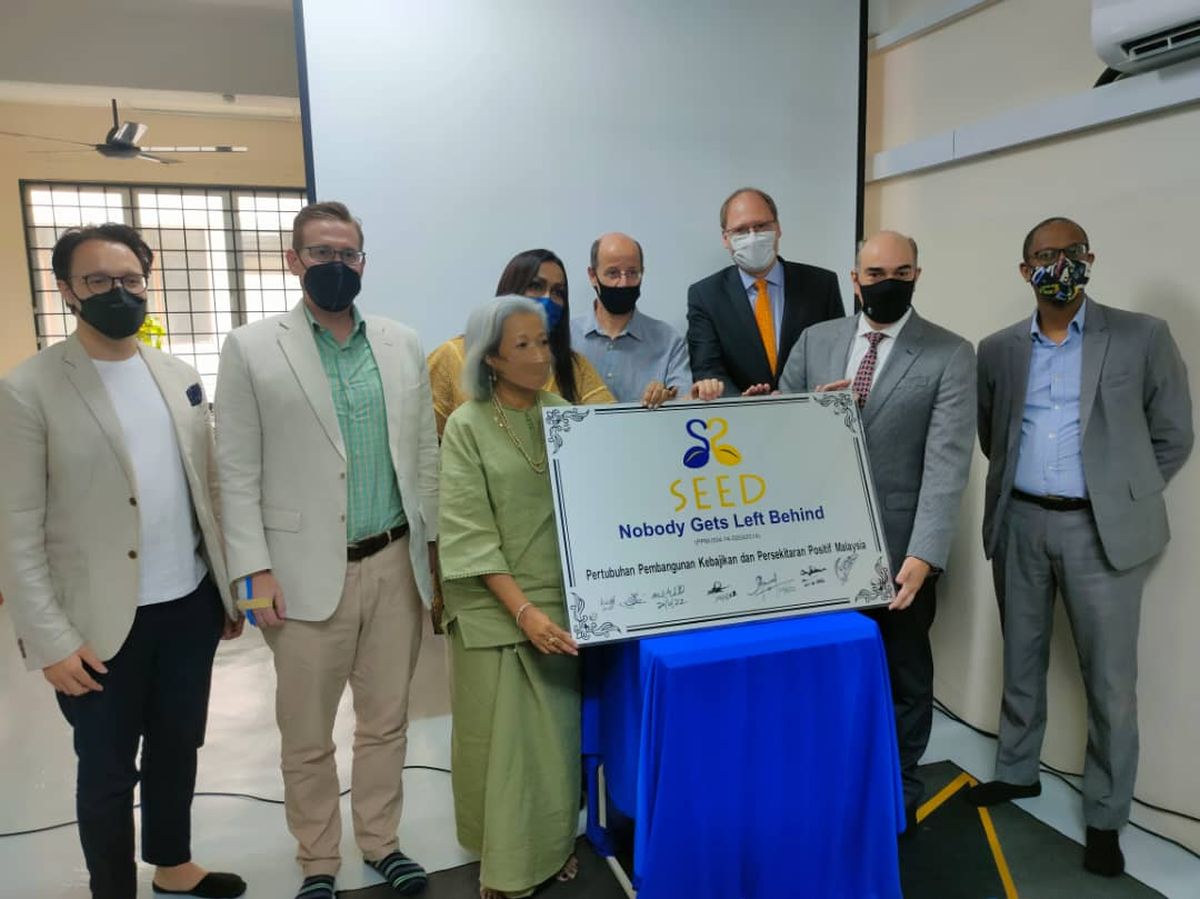 KUALA LUMPUR, June 27 – The transgender community in Malaysia have become scapegoats in the battleground for political and religious relevance, said transgender activist Nisha Ayub, who is also project director of SEED, a non-profit group that provides aid and support to marginalised and vulnerable communities.

However, with the launch of SEED’s new drop-in centre and educational campaign to provide the public a different lens from which to view transgender individuals, Nisha is hopeful that the tide will turn towards a more positive future for the community.

“We  used to be welcomed in a lot of spaces but now we’ve been rejected and all the people out there are afraid to stand beside us because of the political and religious…drama, I would say, that we have here in Malaysia,” she said at the launch event last Friday, June 27.

“People are using the issue of trans and LGBT to cover or blanket the main issues happening in this country. And sadly we from the LGBT community, from the trans community that’s visible, we become the easiest target.”

The opening of the new drop-in centre in Chow Kit marked a new beginning for SEED, after their last centre was destroyed in the massive floods that devastated the country last December.

It also stands as a testament to the community’s perseverance that the organisation was able to welcome individuals in need again at a new centre within a relatively short space of time.

“Being from the transgender community, we have been rejected in our lives and we know how to deal with rejection,” said Mitch Yusmar Yusof, executive director of SEED. “It was not time to give up. It was not time to wallow in our sadness. So, we got together and started fundraising on social media. We asked, we begged and we pleaded. And we found the perfect spot.”

At its new centre, SEED will continue to organise activities such as informational sessions, awareness campaigns, capacity building workshops, counselling services, and health care programmes for those in need.

The organisation has dedicated a room at its new centre for community based testing (CBT), where it also hopes to run counselling sessions. “Before Covid, we had a psychologist come in twice a week on Tuesdays and Thursdays from two to five,” Jane said, adding that SEED was aiming to offer the service again at the new centre.

While it offers basic counselling services,the NGO will refer those in need of counselling for hormone therapy to either a klinik kesihatan (government clinic) or private clinic where they have established relationships with doctors who are able to provide this service.

This has also afforded the NGO with an avenue to promote HIV testing among the community, which has become somewhat jaded when it comes to HIV and AIDS.

“HIV/AIDS has been an issue since 1986 until now, so it has grown old. Some transgender people don’t want to hear about it, some of them say ‘tak kuasa dah’ (can’t stand it anymore).

“So as a way to promote testing, screening for HIV, we emphasise HRT (hormone replacement therapy), and if they want advice on that, they have to go for HIV screening. We do it that way to get the numbers,” she told Ova.

SEED received funding from the Ministry of Health to conduct HIV prevention and awareness programmes in line with the Malaysia National Strategic Plan For Ending AIDS 2016-2030, Jane said, and this was a means to achieve that goal.

“We need something as a buy-in from the transgender community. And when they want to take hormones, they have to do a full medical check-up anyway, including full blood screening to monitor their liver, cholesterol, heart, kidney, and all that.

“So you can take your hormones, yes, but it will be monitored by doctors at the clinic and you will have team members who make sure you adhere to your appointments and follow-ups.”

Aside from counselling, the CBT room at the drop-in centre is also equipped with devices to monitor blood sugar and blood pressure levels, as well as conduct screening for syphilis, HIV and hepatitis C.

In a video for the Flip the Script campaign, Nisha said there was a time when transgender people were accepted as part of Malaysian society. They were able to access their health care needs, including hormone therapy and sex reassignment surgery (SRS) at no costs.

There was nary a negative portrayal of them in the media. Transgender people could easily get an education, and they did not have to worry about discrimination when seeking employment.

However, the 1980s ushered in a new era of prejudice, discrimination, and oppression during which a fatwa was issued in 1982 to ban SRS.

Since then, media portrayal of transgenders have become increasingly negative and social media has compounded the problem, cultivating an environment where trans people live in fear, Nisha maintained.

The Flip the Script campaign video, which is supported by UNDP Malaysia, Singapore and Brunei, and Unicef, aims to reorient the narrative on transgender people in society by depicting them in seemingly circumspect situations that always end with a twist.

In one scenario, a group of young men wearing kopiahs (Islamic religious cap) march purposefully towards a house and start banging on the doors. A caption across the screen says ‘Malaysia’s religious enforcement authorities often subjects transgender persons to raids and arrests’.

The transgender women inside the house fear they are going to be arrested but when they opened the door, the men tell them to be “please be careful” because they have heard complaints from neighbours.

In another scenario, a trans woman walking alone on a rainy night notices a group of young boys at a food stall pointing and looking at her. She hurries along in fear that they are going to harass her.

It turns out they were concerned for her safety after hearing a threatening remark made about her and offered to walk her home.

“We didn’t want to throw out the same scenarios over and over again of the religious authorities banging on the door and arresting the transgender person,” said Mitch. “Maybe by looking at this video, it may create a different way for them to think when they go to the houses.”

“We wanted to navigate the discussion and change it into something positive. And that’s how Flip the Script came about.”

Despite the hostile climate for transgenders in Malaysia, Nisha said that there are still those who show up for the community and provide much needed support.

“They are still people who stand by us like today and we need that. We need that support from all of you guys. No matter how much we the trans community voice out, we will be nothing without the support of others. So please get to know us, be our ally, as we would like to be an ally to you too.”