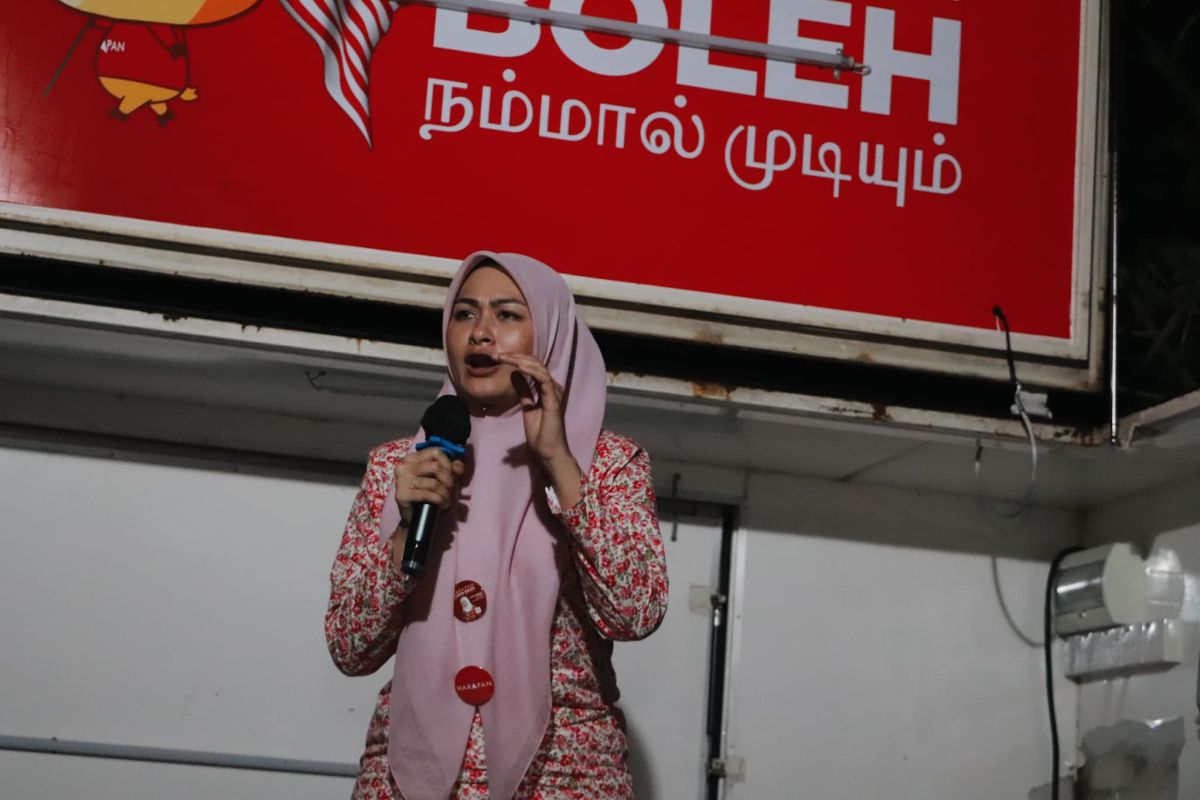 Women political candidates are policy and lawmakers. Voters are interested in their capabilities and positions on issues that matter to the rakyat, not on their physical attributes, beautiful or otherwise.

Other phrases such as ‘pakej lengkap’ (complete package) and ‘mencuri perhatian’ (attention grabbing) peppered the articles.

Disproportionate and unfair focus was also placed on justifying responses to negative public comments about these candidates’ so-called reliance on their appearance to get votes.

Pantau PRU15 is appalled at the lack of sensitivity, blatant sexism, and gender stereotyping being portrayed in the media. Media obsession about physical appearance, sexual objectification, and trivialisation of these candidates is damaging and uncalled for, when the public’s attention should have been directed to these candidates’ policy positions.

Research has also shown that such portrayals do not add votes and may even be counterproductive. It is a disappointing setback for candidates whose capabilities should be assessed outside of physical attributes and cultural gender stereotypes.

When women are portrayed as objects, it negatively reinforces societal misperception that women are lesser than men. By doing so, the media is complicit in not only undermining the credibility of our women candidates and marginalising them in political leadership, but also encouraging the public to do the same.

These negative portrayals have far-reaching effects that can perpetuate a political environment in which sexism and gender-based violence, such as sexual harassment are already rampant.

Such an adverse environment creates a barrier that deters competent women who are imbued with the passion to improve their constituents’ welfare by participating in politics.

The rakyat too, especially those active on social media have the same responsibility to refrain from posting articles, pictures and comments that consciously or unconsciously reinforce gender biases that harass and unfairly work against female candidates.

We must collectively uphold values and practices of mutual respect reflective of a harmonious Malaysia. The Electoral Commission must work with the Malaysian Communications and Multimedia Commission to protect candidates from gender-based violence by providing immediate avenues for reporting and monitoring of harassment.

It must also call out sexist content in the media which facilitates harassment. There must be severe repercussions on individuals and groups that harass women candidates both online and offline.

As the GE15 campaign period continues, Pantau PRU15 will actively monitor the sexism and gender biases faced by women candidates. We call on the media and those active on social media to portray women candidates in a gender sensitive manner based on facts, their track record in providing services and their articulation of issues important to the rakyat.

Together, we can stop destructive practices and help women overcome the barriers to a more meaningful leadership role.

Pantau PRU15 is a coalition led by the National Council of Women’s Organisation (NCWO) and comprises 200 women non-governmental organisations (NGO), 24 civil society organisations (CSO) from all over the country, and academicians. The coalition aims to highlight the importance of increasing women’s representation in legislative bodies, urge political parties to field at least 30 per cent women candidates in GE15, monitor, and analyse the performance of political parties with regard to the number of women candidates in GE15, and to provide professional and psychosocial support to women candidates.