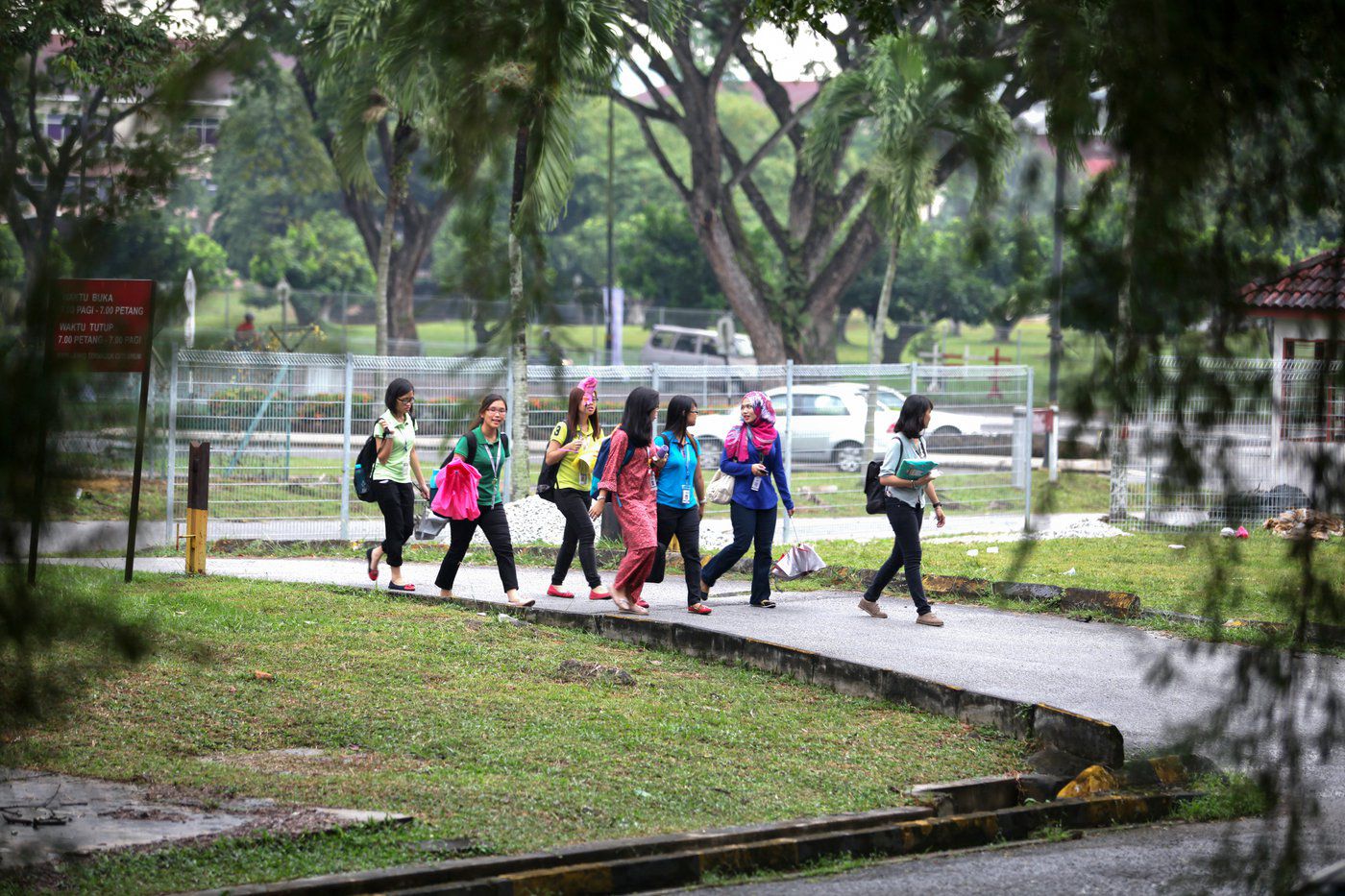 Universities around Malaysia appear to be turning a blind eye towards reports of sexual harassment on campuses. (Nafise Motlaq, World Bank/Flickr)

KUALA LUMPUR, Nov 23 – It took until September 2022 for student Farah Azuin Abdul Razak to receive justice, some 15 months after she first reported she had been sexually harassed by her lecturer from Universiti Teknologi Mara (UiTM). Initially, her complaint to university management was met with silence, prompting her to go public on social media.

Such digital activism is showing a significant impact on university policies and changing the attitudes of university administrators towards violence against women.

The constant pressure and actions by the victims, members of the public, and civil societies have prompted universities to take heed.

The stories emerging from Malaysia’s education sector in recent years are almost too shocking to believe. When 17-year-old student, Ain Husniza Saiful Nizam brought to light the lackadaisical attitude of her school in addressing and conducting appropriate action against her teacher for making rape jokes to students, the teacher decided to sue Ain for defamation.

Such examples reveal the deep-rooted sexism and misogyny in Malaysia’s education intuitions.

Several schools across the nation were found to be practising spot checks for whether a student had her period. Muslim women refrain from prayer during their menses, so these checks were performed by female teachers who claimed students were falsely skipping their prayers.

Students alleged the teachers groped their crotches to check for sanitary products and that they were handled aggressively. Again, responses from relevant authorities have been slow and non-government organisations believe this spot check is the most underreported form of abuse happening in schools.

The only visible result was the verbal reassurance by the Minister of Education that proper actions have been taken to prohibit such practices.

Studies have shown that female staff and students are found to have a higher risk of sexually assault or harassment compared to men.

Due to the sensitivity of the issue, there is a lack of data to illustrate the real number of sexual harassment cases that happen on Malaysian campuses.

But a 2017 survey with 351 respondents from a public university in the east coast of Malaysia found more than half of the respondents, mostly women, reported they had experienced sexual harassment.

A 2019 study showed international students at public universities in Malaysia were also susceptible to threats and harassment on campus.

University students have taken the lead to pressure universities and authorities to take action against sexual assault and harassment. Online platforms are the tool most often employed in this objective.

In a different case in June 2021, multiple current and former students from UiTM came forward with allegations of a lecturer’s predatory behaviour. Evidence such as screenshots of inappropriate and lewd messages sent by the lecturer to his students faced a lukewarm response from the university. So, the students shared them more widely online.

Over at University of Malaya (UM), a student who alleged harassment by her lecturer made a police report after hearing nothing back from the university. However, the police decided not to pursue any further action as they were told the lecturer had already received disciplinary action from the university.

An online petition was launched by Tiada.Guru, an online whistleblower site demanding the case to be reopened and investigated. They argued the authorities’ lenient response would discourage other victims to come forward.

The National University of Singapore has also received numerous misconduct complaints against students and lecturers. Some of the victims were even subjected to harsh interrogation tactics aimed at undermining their claims.

This has prompted the university to update its Complaints of Sexual Misconduct to reaffirm the institution’s ongoing efforts of fostering a safe, inclusive and respectful environment for everyone.

Back in schools, the period spot-check issue has created an uproar on Twitter. Civil society groups such as All-Women’s Action Society and Sisters in Islam condemned the practice and urged the government to take immediate action.

To combat the clearly rampant problem, universities could introduce clear and concise policies specifically addressing the issue of sexual harassment.

These policies can not only be a tool to prevent sexual harassment from taking place on campus but can provide a mechanism for sexual harassment to be reported, and proper actions taken to ensure the issue is addressed fairly, transparently, and justly.

In September 2021, UM introduced the Zero Tolerance Code of Exploitation, Abuse, and Sexual Harassment to replace its prior code of practice. The new code of conduct provides more comprehensive coverage of sexual harassment by specifying the definition, type, and role of authorities in addressing the issue.

The policy outlines the mechanisms to address the issue from reporting to providing support to the victims. The university also reiterates its commitment to addressing sexual harassment issues through training programmes to raise awareness and improve existing infrastructure to prevent potential cases from occurring within the university.

In 2020, the Ministry of Education also attempted to amend Act 605 which governs the statutory bodies including universities to include sexual harassment as a serious offence which carries legal repercussions. Progress has been slow.

Although most universities have a code of conduct that include indecent acts, the emerging number of cases of harassment shows it to be insufficient to address the issue of sexual harassment on campus.

Often, it does not specify sexual harassment as a criminal offence, leaving the victims to find their own way to deal with the abuse.

A support system could assist the victims during their traumatising and painful ordeal. The attitudes of university administrators and the authorities toward sexual harassment cases could be improved.

Gender-sensitive training could be given to staff and students dealing with alleged reports. Understanding the severity of the situation might enable them to push for better policies in addressing sexual harassment cases.

Rabi’ah Aminudin is an assistant professor at the department of political science at International Islamic University Malaysia (IIUM).