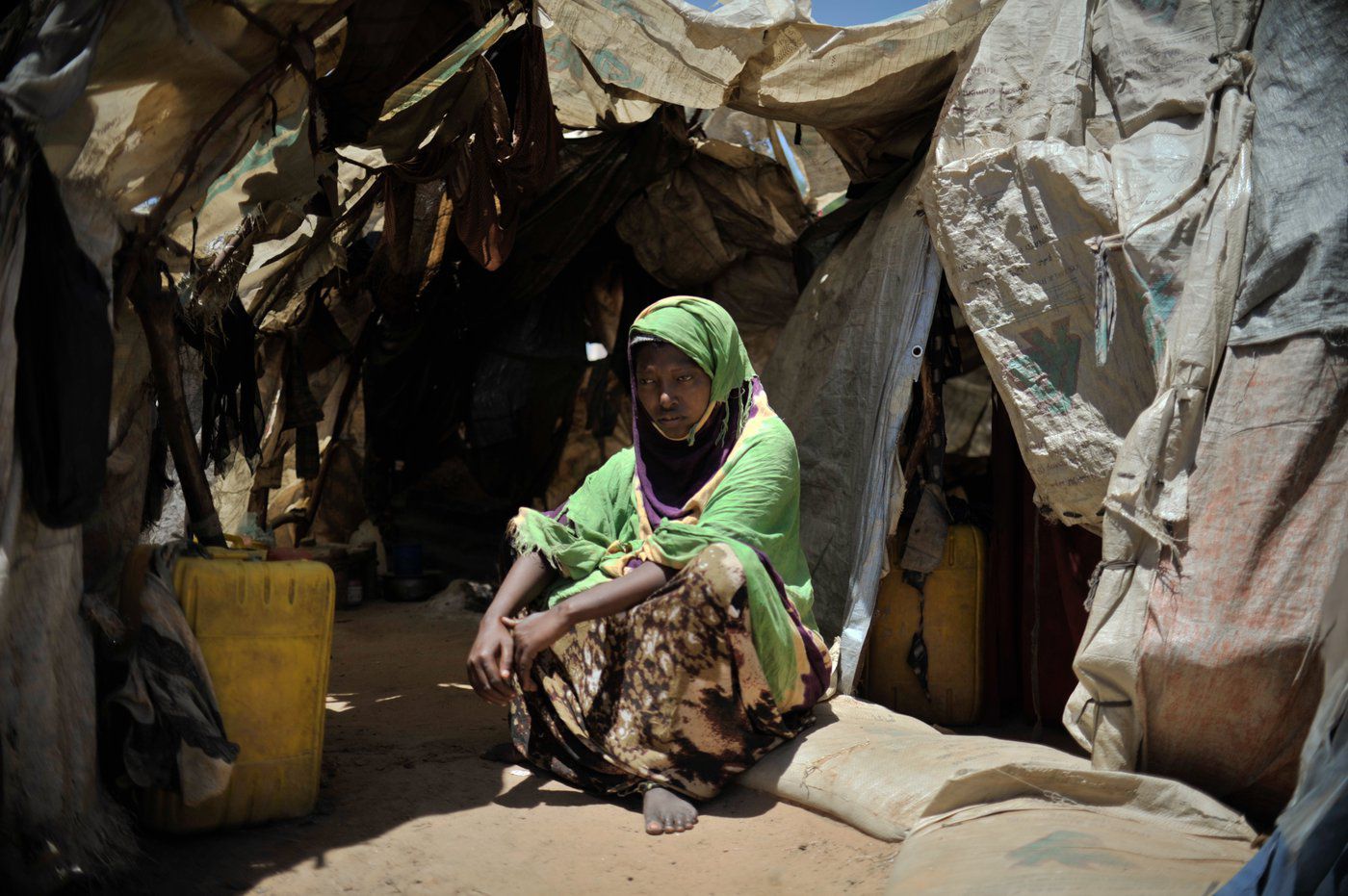 There are reports of sexual violence within Internally Displaced People camps. (Tobin Jones)

KUALA LUMPUR, March 7 – Sexual violence, a weapon of war recognised by many governments and international institutions, impacts thousands of people during and after conflicts. But how widespread and systematic it is largely remains a mystery which researchers are hoping to solve with improved data collection.

It’s clear women and girls are at heightened risk of this type of violence in the rapidly deteriorating war underway in Ukraine.In conflict situations, sexual and gender-based crimes are war tactics used by both government and armed non-government groups.

In Colombia, a country with a long history of civil conflict, credible estimates put the number of conflict-related sexual violence victims between 1959 and 2020 at 15,760. The true figures are likely to be higher, and of those affected more than 90 percent were women and girls.

There is often no reliable real-time data from conflict-affected countries or those experiencing political fragility and tensions.

This data is needed to better understand the patterns of sexual and gender-based violence during different phases of conflict. Including how widespread and systematic sexual violence is, in what locations it’s occurring in, who the perpetrators, victims and survivors are.

To fill this data gap, researchers are building a database with predictive power based on news articles and open access non-governmental organisation reports in eight countries.

All have experienced different types of conflicts between 2000 and 2020. They are Myanmar and the Philippines in Southeast Asia; Syria and Iraq in the Middle East; Nigeria, Central African Republic and South Sudan in Africa; and Colombia in Latin America.

For each report of sexual violence, information is extracted to identify where the event occurred, the type of violence, the characteristics of the victim, survivors and perpetrator.

But importantly, why the victims were the object of the crime. Other data being assessed includes other human rights violations which occurred simultaneously, the estimated number of sexual crimes, and when and in which location the event occurred.

It’s clear sexual and gender-based violence is systematic from the existing data gathered. Very different to isolated cases of intimate partner or domestic and family violence, where the main perpetrators are found within the homes of the victims.

The repertoire of violence that most women and girls in conflicts are subjected to goes far beyond single acts of rape.

Both government and armed non-government groups have used sexual crimes to exert power within civil society, punish or impose social norms, or as a cost-effective way to move people from their lands and homes.

In Myanmar, for example, data from the reports analysed between 2016 and 2017 show it’s systematically used by those involved in ethnic-religious conflicts in Rakhine and Shan state.

In several cases, there is evidence of double victimisations of women and girls who live in shelters. They are women who were victims of rape subsequently forced into marriages to maintain their family’s honour, or lured into sex trafficking networks hoping to provide food supplies and security for their families.

Data also revealed other factors exacerbating sexual violence in countries currently affected by armed conflict or following it. Natural disasters or the challenges imposed by the Covid-19 pandemic have increased the number of cases.

Sexual violence reports more than doubled during Covid-19 lockdowns between March and May 2020 in Nigeria. The Federal Capital Territory Sexual and Gender-Based Violence Response Team went from receiving between five and six weekly sexual violence reports, to 13 incidents per week during the pandemic.

Under international law, it is the nation’s responsibility to guarantee recovery pathways for victims and survivors, as well as their access to justice.

These pathways help victims prevent unwanted pregnancies and sexually transmitted diseases or other infections. It also guarantees mental health care to overcome trauma, and to pursue perpetrators through the judicial system.

Accurate, searchable databases can help to break the silence on the experiences of victims and survivors and prevent future acts.

Silence prevails with no information, and no data. And governments would not provide services or reparations without hard evidence.

Information is persuasive, detailed data even more so in ensuring governments design and implement policies that work to prevent violence.