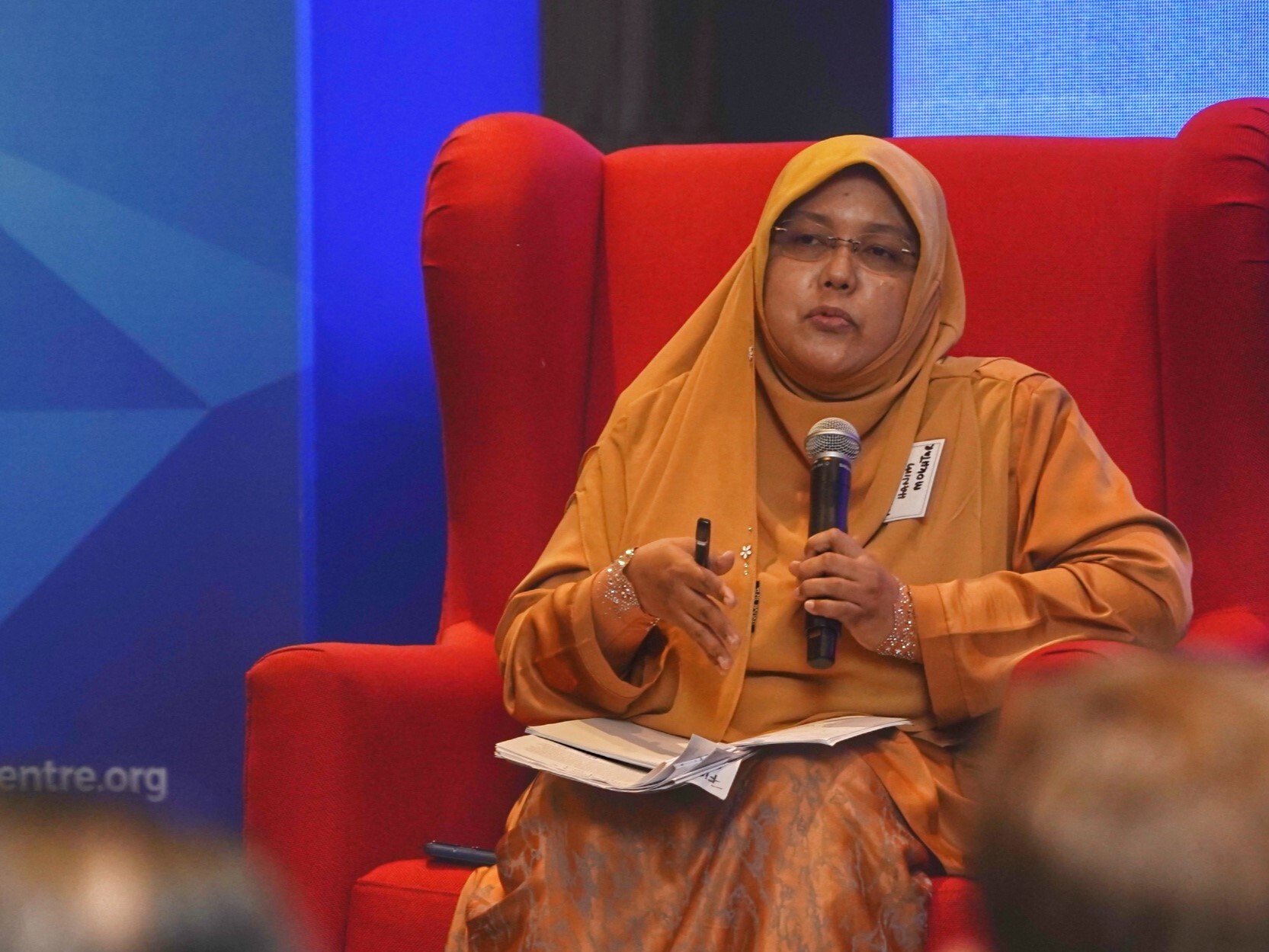 International Women’s Alliance for Family Institution and Quality Education (Wafiq) president Assoc Prof Dr Rafidah Hanim Mokhtar speaks at the "Tackling Unintended Pregnancies In Malaysia" conference organised by the Galen Centre for Health and Social Policy on May 20, 2022, in Kuala Lumpur. Picture by Saw Siow Feng for the Galen Centre.

KUALA LUMPUR, June 24 — Abortion is allowed in Islam that prioritises women’s health over their pregnancy, said a women’s Islamic group.

“In Islam, we have the Maqasid Syariah where the mother’s well-being must be put first before the pregnancy. If it is going to cause her harm, then she should be allowed to terminate the pregnancy,” Dr Rafidah said at the conference organised by the Galen Centre for Health and Social Policy last May 20 here, supported by health care company Organon Malaysia.

Maqasid Syariah is a branch of Islamic knowledge that explores the purpose and objectives of Islamic legislation.

Dr Rafidah, who is also a physiology lecturer at Universiti Sains Islam Malaysia (USIM), maintained that from the perspective of Islam, the foetus is valued as another form of life, so there must be physical and mental health indications to support the woman’s need for an abortion.

“It’s just that failure to plan should not be tackled with the liberalisation that anyone can ask for an abortion,” Dr Rafidah said, adding that allowing abortions without restriction may result in more cases of people coming forward the procedure.

She said some people may not agree with the imposition of Islamic and cultural values in sexual and reproductive health matters, but Dr Rafidah maintained that she hasn’t come across a comparatively better model anywhere else.

According to the Pew Research Centre, in the United States, the position of religious groups on abortion differs, with many branches of Christianity such as the Roman Catholic Church, and Protestant denominations like the Southern Baptism Convention, Lutheran Church-Missouri Synod, and Assemblies of God being among groups that oppose abortion rights with little or no exceptions.

Other religions in the US like Hinduism oppose abortion rights with few or no exceptions, while religions like Islam and Orthodox Judaism have not officially their declared their position on the issue.

The Pew Research Centre also conducted a survey earlier this year from March 7 to 13, which found widely varying stances on abortion among Republicans and Democrats.

The survey was conducted before the publication of a leaked opinion draft last month written by a Supreme Court justice who argued that Roe v Wade be overturned.

In Muslim-majority countries, the legal status of abortion is also diverse. In Bahrain, abortion is legal with permission from a panel of physicians, while countries like Lebanon, Afghanistan, and Iraq only permit the termination of pregnancy to save the pregnant woman’s life.

Although Tunisia and Turkey have laws that allow abortion under specific conditions, women in these countries reportedly still face obstacles in accessing abortion services for various reasons, including medicine shortages, the political climate, and judgement from health care workers who refuse to provide treatment.

Some of these issues are also happening in Malaysia, where pills for medical abortion are prohibited, cultural sensitivities and stigma affect access to contraception — particularly among unmarried women — and health care providers fear prosecution due to the widespread perception that abortion is illegal.

However, Dr Harlina Siraj, an obstetrician and gynaecologist who recently retired from Universiti Kebangsaan Malaysia (UKM), said the Islamic perspective on abortion is flexible, and can be adapted to take into consideration previously unaccounted for situations.

“In cases of sexual assault or violence, I’m very clear that if she (survivor) comes to our centre, she would be given emergency pills,” Dr Harlina said at the same conference. “And there is no more argument on that.”

“I think Islam has the stand that is most balanced about abortion because it has to be case-by-case. And there is a lot of space that we can go around when it comes to abortion.”

She added that abortion laws in Malaysia are among the most lenient.

“Of course, when we have this kind of thing, we always worry about it being misused or abused, but to me there is actually a space for everyone — anyone who failed their planning and now has to bear the burden of pregnancy.

“And I’m coming from the perspective that a woman knows what is happening and can make her own decisions about her reproductive health. I think that leaves space for those who fail in preventing pregnancies.”